Confused About How Much THC And CBD Is In Your Weed? You’re Not Alone

Turns out, even daily marijuana users have no idea what an effective dose of marijuana looks like.

When you hit up a marijuana dispensary for the first time, you’ll likely be overwhelmed. Like, overloaded to the point where making a purchase seems nearly impossible. You might resort to buying cannabis flower or a pre-rolled joint, but then the budtender will ask for a cannabis strain preference — “Are you more of a Blue Dream or Grandaddy Purp kind of gal?” “What percentage of THC you like, buddy?”

And, oh look, the runaway train of staggering options just rolled off the tracks. You purchase the first suggestion the budtender makes and you consume responsibly while having no clue how high this flower will make you.

The marijuana plant is incredibly complex. More than 100 cannabinoids (the chemical properties in marijuana that bind to your receptors) exist in the plant and we only talk about, like, two of them: CBD and THC. Dispensaries list CBD and THC percentages for products so you can better understand effective doses and how you should expect to feel after consuming. It can also be helpful to address specific medical ailments, as some conditions are better served through CBD-dominant marijuana flower and vice versa.

Don’t feel bad if you still feel confused. As it turns out, even the most frequent marijuana users and advocates have no idea what any of this means.

A new study published in Drugs: Education, Prevention and Policy polled 500 attendees at the cannabis event Hash Bash in Michigan, where local Ann Arbor residents and University of Michigan students gather to smoke weed in protest. Recreational cannabis is legal now in Michigan, but the event spans close to 50 years and has hardcore counterculture roots from the 70s. When researchers asked these attendees questions about cannabinoid content and effective dosing, they found wildly inaccurate responses.

“Even the people who are most enthusiastic have very poor knowledge of cannabinoid content. They greatly overestimated how much THC and how much CBD was in various strains, and what the effective dosages were,” lead author Daniel Kruger said in a statement. 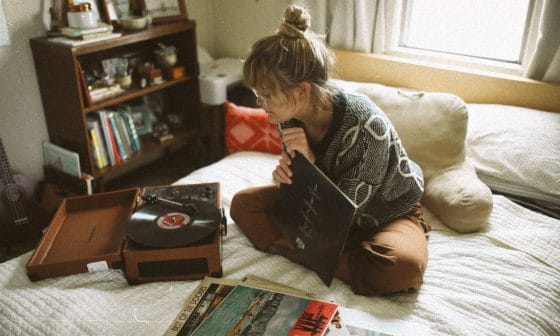 The majority of participants said they used marijuana daily, with 85% saying they do so for health or medical purposes. These attendees mostly relied on their own experiences to gain knowledge about marijuana with only 23% learning from a medical dispensary or caregiver. And it shows.

When asked what the proper amount of CBD and THC was considered an effective dose, the majority said they didn’t know. Those that did respond gave average estimates of 91 milligrams and 177 milligrams for CBD, which is way off.

One person even said 1 million mg of THC was effective. That’s a kilogram of THC, enough to fill an entire football stadium and get everyone in it high.

“The average estimate for an effective dose of THC would actually be fatal in humans,” Kruger said.

This survey demonstrates the necessity for widespread cannabis education, whether people are frequent marijuana users or just beginners.

“We really have to educate people. This has very real consequences, because these compounds have differential effects,” Kruger said. “Most Americans now live in a state where cannabis is legal, at least for medical purposes, but the information channels aren’t there regarding safe and effective cannabis use.”

Confused About How Much THC And CBD Is In Your Weed? You’re Not Alone