A headache or migraine can render patients defenseless. Symptoms can include pain, sensitivity to light and loud noises, as well as nausea. When over-the-counter medications like Advil and Tylenol don’t treat headache disorders, what alternatives do patients have?

Recent research indicates that marijuana could become a new option for patients. A 2017 published review found that, “headache disorders are common, debilitating, and, in many cases, inadequately managed by existing treatments.” Before cannabis was made illegal in the early 1900s, the review notes, notable physicians at the time praised using cannabis to treat headache disorders. Doses at the time were typically administered two to three times a day orally while trying to minimize intoxication.

The review added that “it appears likely that cannabis will emerge as a potential treatment for some headache sufferers.”

A 2019 study by Washington State University researchers provided some data around this potential treatment. Scientists used self-reported data via the Strainprint app to collect information on how patients were using cannabis to treat headaches and migraines. On average, participants reported that inhaling marijuana caused headache severity to drop by 47%. Migraine sufferers said their pain severity decreased by almost half. 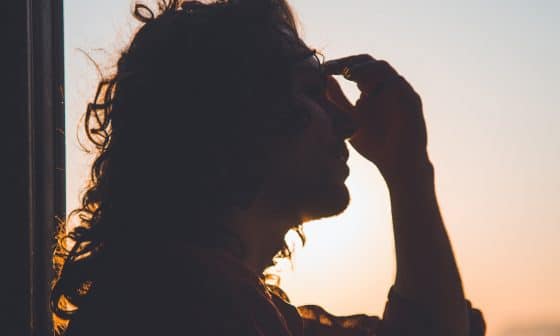 Photo by Matteo Vistocco via Unsplash

Marijuana use didn’t precipitate an “overuse headache,” in which over-the-counter medications cause headaches to worsen instead of improve. Researchers also found no significant difference in pain reduction depending on the type of marijuana participants smoked. Varying levels of THC and CBD had no significant effect, suggesting that other properties or cannabinoids in the marijuana plant (there are more than 100 cannabinoids in cannabis) cause the pain reduction in patients.

In both cases, the studies noted more research is necessary before providing exact advice on using marijuana for headache treatment.

“My hope is that this research will motivate researchers to take on the difficult work of conducting placebo-controlled trials,” Carrie Cutter, the 2019 study’s lead author, said in a statement. “In the meantime, this at least gives medical cannabis patients and their doctors a little more information about what they might expect from using cannabis to manage these conditions.”