Medical Marijuana Is Booming Amid The Coronavirus Pandemic

Residents in legal states are using cannabis for medical needs such as anxiety, pain relief, and sleep disorders.

There was an initial rush to stockpile legal recreational cannabis when the coronavirus pandemic first hit the United States. Sales boomed at first, but leveled out once state governments considered marijuana stores an “essential business.” In places like Las Vegas and Denver where sales rely on cannabis tourism, sales even declined.

Medical marijuana sales, however, have told a different story. According to the Phoenix New Times, medical marijuana sales reached an all-time high in March. Raul Molina, who owns Mint Dispensary in Tempe, said sales have risen by 50% since the pandemic started. Data isn’t yet available from the Arizona Department of Health Services, but sales are expected to increase in April as well.

“Sales for the first two weeks was a little bit like the toilet paper sales at your local Costco,” Molina told CBS 5. “Everybody came in trying to pick up as much as they could.”

Florida has experienced a similar surge. Sales have risen by 30% since the state’s first case of the coronavirus seven weeks ago. The state has issued 300 new medical marijuana per day since mid-January, totaling 30,000 total new patients in Florida. Marijuana deliveries have doubled or tripled in the state, according to Vinit Patel, who serves as Curaleaf’s Florida Operations Manager. 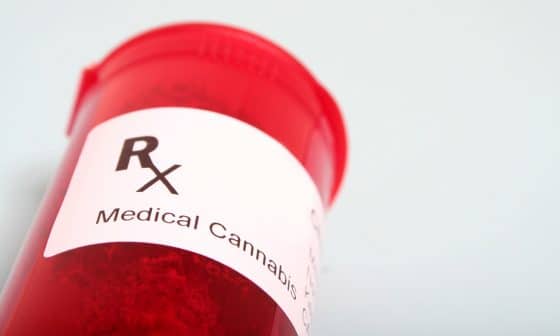 “We saw a tremendous spike in sales actually. Probably the first week of April, last week of March, when all of this news really started to become real here in the state of Florida,” Patel told WTFS Tampa.

Gov. Charlie Baker closed all Massachusetts recreational marijuana stores in the state last month, becoming the only recreational state to shut down operations. Medical dispensaries remain essential businesses, though, and residents have responded by registering for medical cards. The Boston Globe reports card registrations have increased by 245% in the past month.

“The increase doesn’t surprise me — we’ve always believed that more than a majority of [recreational] customers are using cannabis for medical needs such as anxiety, pain relief, and sleep disorders,” David Torrisi, the president of the Commonwealth Dispensary Association, told the Globe. “There’s a direct relation to the recreational shutdown.”