5 Things to Know About Hemp-CBD In Pet Products

When it comes to CBD the research is limited, but a small clinical trial at Colorado State University found that CBD oil reduced seizures in epileptic dogs.

Given that we’ve all been staying home lately, it seemed like a good time to talk about our four-legged friends and CBD. In fact, if I think about it, I first saw hemp-derived CBD (Hemp CBD) “in the wild” at my local pet store here in Seattle. Now CBD is so ubiquitous that I hardly notice it sitting on the counter when I pick up dog treats.

The endocannabinoid system (ECS) is a signaling system found in the cells of most mammals, including humans, cats, and dogs. The ECS is essentially a network of receptors in the brain, organs, tissue, glands and nervous system. The ECS is far from fully understood but is believed to promote homeostasis in mammals, keeping internal systems balanced despite external factors. This can include regulating things like appetite and digestion, motor control, sleep, and muscle and bone growth. Endocannabinoids, produced naturally in the body of mammals, are neurotransmitters that act as messengers in the body to communicate with itself.

Unlike endocannabinoids which are naturally occurring in mammals, phytocannabinoids are produced by the cannabis plant, as well as other plants. Phytocannabinoids include THC, CBD, CBN, and CBG. THC binds to the CB1 receptors, but the way that CBD interacts with ECS is not fully understood in humans or animals, despite the fact that Epidiolex has been approved as a drug for treating epilepsy.

The impact of phytocannabinoids on the ECS is far from fully understood, whether in humans or animals, but there are some findings on phytocannabinoids and the ECS in dogs. For example, the US government conducted studies and found that dogs have many cannabinoid receptors in their cerebellum, brain stem, and medulla oblongata. This is believed to explain why THC causes static ataxia, an inability to sit still causing shaking and imbalance, in dogs. Remember, sometimes things that are safe for humans are dangerous for animals, including chocolate which is toxic in dogs.

When it comes to CBD the research is limited, but a small clinical trial at Colorado State University found that CBD oil reduced seizures in epileptic dogs meaning that it may have similar effects as found in humans.

2. The FDA regulates pet products and does not approve of the use of Hemp CBD in most scenarios. 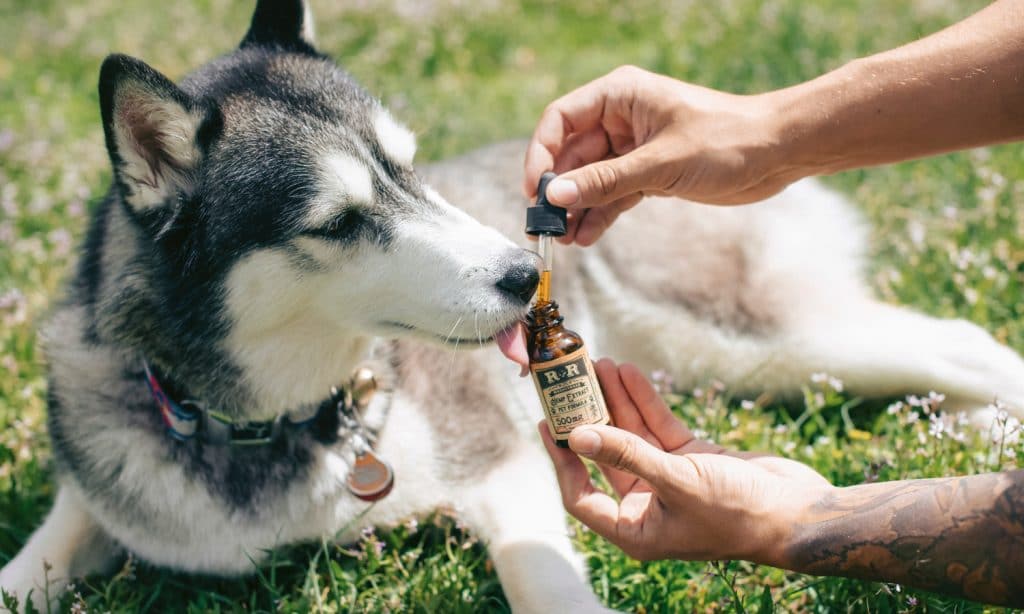 Photo by R+R Medicinals via Unsplash

The Food and Drug Administration (FDA) has taken a position on Hemp CBD in pet products that is very similar to its position on Hemp CBD in food. CBD products intended to have a therapeutic benefit or intended to diagnose, treat, cure or prevent disease are drugs under the Food, Drug and Cosmetic Act. The FDA has sent warning letters to manufacturers of Hemp CBD pet products who made such claims. There is no equivalent to dietary supplements for animals, so structure-function claims about Hemp CBD also can classify pet products as drugs.

New animal drugs are subject to pre-market approval. The FDA requires that sponsors of new drugs establish that the drug is safe and effective. At this time the FDA has not approved any drugs for animals.

Similarly, animal food products are also subject to pre-market approval. Food must be approved for specific species. The FDA has not approved the use of CBD in animal food either.

The FDA regulates pet food labeling but has a powerful partner. The Association of American Feed Control Officials (AAFCO) establishes model labeling regulations which are in turn implemented by many states. AAFCO is a non-profit, non-governmental agency that doesn’t have actual regulatory authority over pet food. Instead, it is an important advisory body that works with the FDA. AAFCO members include state agencies, the FDA Center for Veterinary Medicine and the Candian Food Inspection Agency.

3. AAFCO says that “hemp and hemp products may not be used in animal feed or pet food in the United States.”

According to a statement released by AAFCO in 2019, “hemp and hemp products may not be used in animal feed or pet food in the United States.” AAFCO reasons that although private companies are working on applications to determine that pet food is safe, those applications have not been approved. 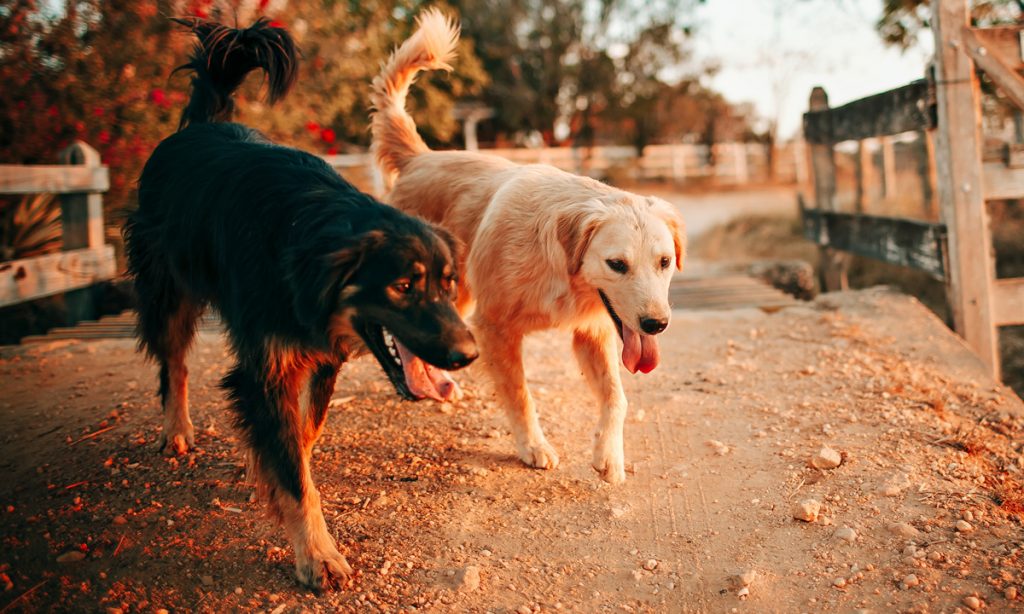 Could Treating Dogs With CBD Save Their Lives?

To really understand the power of AAFCO in regulating animal food, look no further than Colorado. Colorado was one of the first states to embrace hemp and has passed legislation that allows Hemp CBD to be added to man food and dietary supplements, so long as those products are prepared in licensed food handling facilities. But things are different when it comes to pet food.

According to the Colorado Department of Agriculture’s website, the same is not true for animal feed:

“Currently, CDA does not approve registration applications for commercial feed products that contain industrial hemp since it is not an approved ingredient recognized by the Association of American Feed Control Officials (AAFCO, an organization of state agriculture departments from all 50 states) or the US Food and Drug Administration (FDA) Center for Veterinary Medicine. CDA’s decision not to approve these products complies with AAFCO’s position on industrial hemp as well as the positions of other state agriculture departments. Products in the Colorado marketplace containing unapproved ingredients can be subject to Withdrawal from Distribution Orders.”

But not every state follows AAFCO. For example, Florida allows for hemp extract in animal feed.

5. Pets have been a major factor in the changing attitudes of Hemp CBD.

One of the first states to strongly regulate the sale of Hemp CBD products was Indiana. Back in 2018, I wrote about how Indiana had passed comprehensive legislation on labeling and manufacturing Hemp CBD products. Since then, many other states, including Utah and Texas have adopted similar labeling standards, making Indiana a leader in Hemp CBD policy. That’s in large part thanks to Indiana dog and CBD user Teddy McDermott.

A few months before Indiana’s Governor Eric Holcolmb signed Indiana’s CBD legislation, he got involved in a public dispute regarding CBD products and pets. This started when Hammond, Indiana’s mayor Thomas McDermott Jr. publicly stated that he would be giving his aging dog Teddy, CBD. McDermott did this in defiance of Indiana Attorney General Curtis Hill’s statement that CBD products were illegal in Indiana. Gov. Holcomb joined the Fido-based fray when he told the Times of Northwest Indiana that he was open to treating Indiana’s “first dog” Henry with CBD oil if it could relieve the miniature schnauzer’s pain.

Perhaps Governor Holcomb did his research in treating Henry with CBD but I like to think it had to do with McDermott’s dog Teddy and his Twitter feud with AG Hill. Don’t worry, I have receipts:

Teddy even went so far as to quote-retweet AG Hill’s praise of former US Attorney General Jeff Sessions rescinding of the Cole Memo.

Fast forward to May 2018, where Teddy enjoyed some well-earned bragging rights for winning the battle for Hemp CBD in the Indiana legislature.

Dogs like Teddy helped normalize CBD in conservative states like Indiana. Hemp CBD pet products exist in a legal gray area but in most cases appear generally to be safe. However, stakeholders still need to establish the safety of these products with AAFCO and the FDA. Remember, what is safe for you may not be safe for your pet, so proceed with caution when giving your pets Hemp CBD.