Results of the study found that between 70-90% of legal marijuana products contained THC levels higher than 15%.

Substituting medical marijuana has helped those living with chronic pain regain some control over their lives, as it boosts sleep, relieves symptoms of depression, and reduces neuropathic pain. But researchers are now questioning whether legal marijuana is optimized to treat chronic pain.

According to a new study published in the journal PLOS ONE, 90% of cannabis products sold in medical dispensaries contain levels of THC two to three times higher than what doctors recommend.

“We know that high-potency products should not have a place in the medical realm because of the high risk of developing cannabis-use disorders, which are related to exposure to high THC-content products,” Alfonso Edgar Romero-Sandoval, the study’s lead author, said.

They also tested whether CBD and THC levels met those advertised, and if those levels were suitable to satisfying medical needs.

Results of the study found that between 70-90% of legal marijuana products contained THC levels higher than 15%. The researchers also noted a prior study focused on Washington state, where more than 90% of cannabis product contained more than 15% THC. This could mean the commercial market bears significant influence on medical products, the study’s authors wrote. 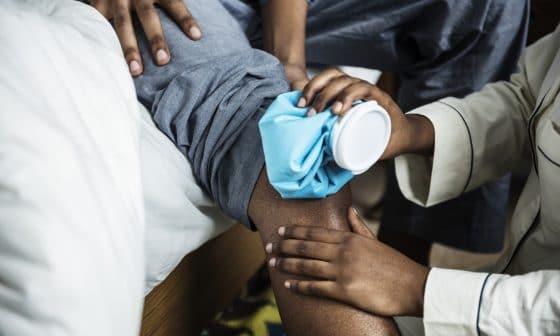 “Several earlier studies showed that levels of up to 5% tetrahydrocannabinol (THC)—the main psychoactive compound in marijuana that provides pain relief as well as intoxication—were sufficient to reduce chronic pain with minimal side effects,” Romero-Sandoval said.

Researchers didn’t pinpoint any significant differences across state markets. However, they found medical dispensaries with products advertising low levels of CBD, around 2%. In recreational markets, CBD levels were closer to 1.3%. This was concerting because CBD can lower some of THC’s negative psychological effects, researchers say. As a medicine, the plant works best when utilizing the entourage effect, or when multiple cannabinoids work in conjunction with one another instead of one cannabinoid exclusively prioritized.

According to Romero-Sandoval, 60-80% of medical marijuana use is for pain relief. Introducing higher levels of THC immediately could not only create a dependence, but also cause patients to seek increased THC levels after developing a tolerance.

“Better regulation of the potency of medical marijuana products is critical,” Romero-Sandoval said. “The FDA regulates the level of over-the-counter pain medications such as ibuprofen that have dose-specific side effects, so why don’t we have policies and regulations for cannabis, something that is far more dangerous?”