Cannabis And Lou Gehrig’s Disease: Here’s What You Should Know

ALS causes the degeneration of nerves that control voluntary muscle movement, like those that allow us to chew, speak, and walk.

Charlie Wedemeyer was one of Hawaii’s greatest athletes when he attended Punahou School in the 1960s. He was the quarterback for the football team, but also excelled at basketball and baseball. Charlie was named the Hawaii Prep Athlete of the 1960’s and went on to play football for Michigan State.

In 1978 Charlie was the football coach at Los Gatos High School in California when he was diagnosed with Amyotrophic Lateral Sclerosis (ALS). Like many athletes before him, including the great Lou Gehrig, Charlie Wedemeyer would find a fight he could not win in ALS.

ALS (also known as Lou Gehrig’s Disease) is a fatal motor neuron disease, affecting an estimated 30,000 Americans. ALS causes the degeneration of nerves that control voluntary muscle movement, like those that allow us to chew, speak, and walk. When the nerves die, they stop sending messages to the muscles which causes gradual weakening, twitching, and wasting away.

Patients with ALS become weak, but remain quite conscious. They are completely aware of their progressive disability. Eventually, the brain can no longer initiate or control voluntary movements. Death often results from respiratory failure when the nerves that control breathing lose the ability to function.

We don’t know what causes ALS. There is a genetic mutation that affects 5 to 10 percent of patients, but most cases are sporadic with no clear risk factors or family history of the disease. Athletes and those who have served in the military have a higher incidence of ALS, but we have not been able to find a clear causal connection for this observation. ALS is recognized as a service-connected disease by the U.S. Department of Veterans Affairs. 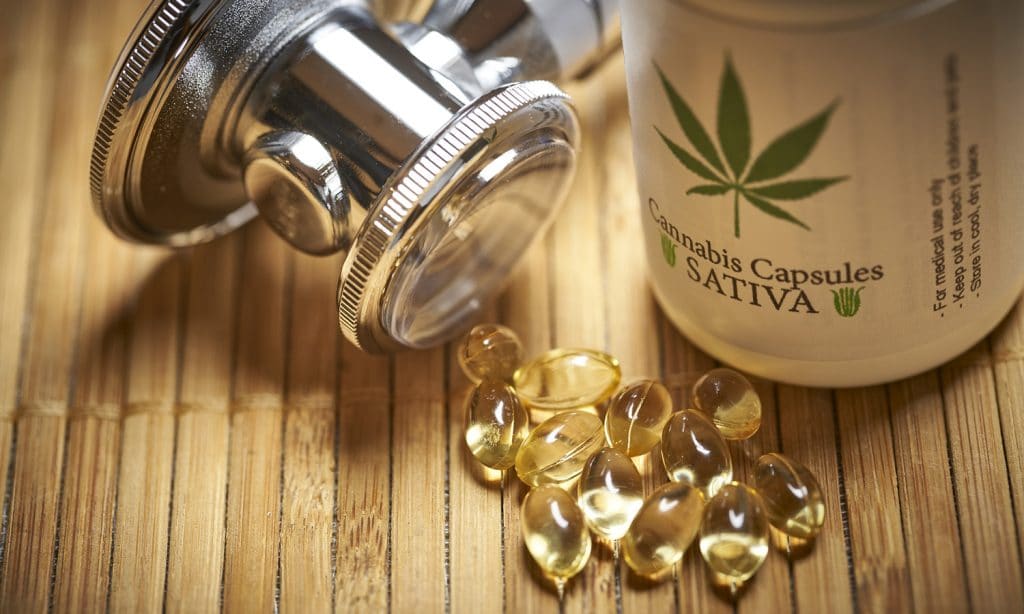 There is no known cure for ALS. There are prescription medications approved by the FDA to treat the disease by reducing damage to nerves or by slowing the decline of function. These drugs may prolong life, but neither drug stops the disease in its tracks.

Other prescription medications are used to treat the symptoms of ALS. Muscle cramps, stiffness, and drooling are common, as are disturbing uncontrollable episodes of laughing or crying caused by destruction of brain tissue. Pain, depression, sleep problems and constipation may also be managed by medication, some more successfully than others.

Nerve damage in ALS is caused by two significant factors: oxidative stress and excitotoxicity. Cannabis shows promise as an aid in managing some of the nerve damage, as it has been shown to generally address both factors, though specific studies on ALS and cannabis have yet to be done.

Excitotoxicity destroys nerve tissue that has already been compromised. When nerve tissue is injured, the amino acid glutamate is released in excessive, uncontrolled amounts. This excess leads to cell death, a destructive process called excitotoxicity. CBD and THC both decrease the release of glutamate, thus sparing the neurons from excitotoxity and cell death.

Nerve damage in ALS is caused by two significant factors: oxidative stress and excitotoxicity. Cannabis has been shown to address both. 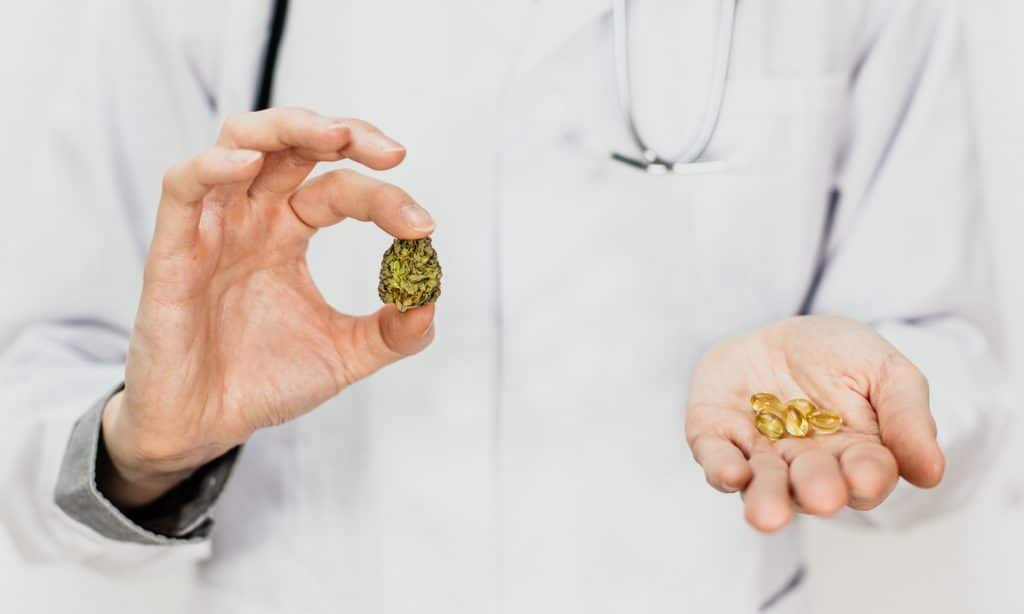 The Proof Is In The Patents

These cannabinoid qualities are well-known and recognized as therapeutic. The US government filed Federal Patent #US 6630507 B1 in 1999 that specifically identifies cannabinoids as antioxidants and neuroprotectants:

“The cannabinoids are found to have particular application as neuroprotectants, for example in limiting neurological damage following ischemic insults, such as stroke and trauma, or in the treatment of neurodegenerative diseases…”

“Preclinical data indicate that cannabis has powerful antioxidative, anti-inflammatory, and neuroprotective effects. Cannabis also has properties applicable to symptom management of ALS, including analgesia, muscle relaxation, bronchodilation, saliva reduction, appetite stimulation, and sleep induction. With respect to the treatment of ALS, from both a disease modifying and symptom management viewpoint, clinical trials with cannabis are the next logical step. Based on the currently available scientific data, it is reasonable to think that cannabis might significantly slow the progression of ALS, potentially extending life expectancy and substantially reducing the overall burden of the disease.”

THC and CBD are considered the most helpful phytocannabinoids for patients with ALS.  Any clinical feedback ALS patients provide on the use and effectiveness of cannabinoid medicine will encourage further research and the publication of well-designed clinical studies.

Ene 21, 2021 admin
We use cookies to ensure that we give you the best experience on our website. If you continue to use this site we will assume that you are happy with it.Ok