How To Use Marijuana To Help You Fall Asleep

Research suggests marijuana can help you fall asleep, but habitual use could lead to some problems.

Between 50 to 70 million Americans suffer from chronic sleep disorders or intermittent sleep issues, according to the National Sleep Foundation. Around 30 to 40% of us will develop insomnia at some point in our lives as well. Sleep problems don’t just impact work performance and stress management. Drowsy driving results in 1,500 deaths and 100,000 car crashes each year.

Suffice to say, plenty of us need a good night’s sleep. Americans spent $41 billion on sleep aids and remedies last year, and projections from Consumer Reports expect the sleep assistance economy to reach $52 billion in 2020. What might surprise you? None of that money includes money spent on marijuana as a sleep aid.

A University of Mexico study, published in the journal Complementary Therapies in Medicine, found that purchases for sleep aids dropped after states legalized recreational marijuana. Researchers concluded the negative association between over-the-counter sleep medicine and cannabis access represented a consumer preference for marijuana in medicating for sleep. In addition, scientists discovered in a 2008 study, published in the journal Sleep, that weed with high-THC content decreases the frequency of REM sleep, which is when we dream. Those who consume marijuana before bed tend to dream less. That means you also experience nightmares less, a desired trait for those suffering from night terrors or PTSD symptoms.

Anecdotal evidence abounds for marijuana improving sleeping. But a group of Israeli scientists recently sought to better understand if marijuana could help chronic pain patients get to bed. In the study, published in the medical journal BMJ, about half of participants were medical marijuana users and half were not. They found that in the short term, marijuana quickly helped insomniac participants in the 128-person study fall asleep through the night. 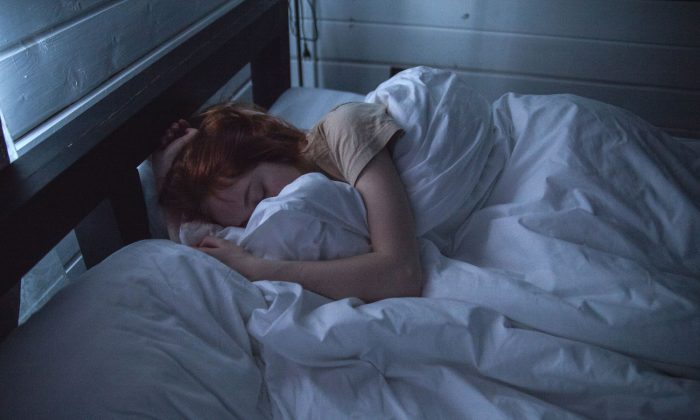 However, the study also found chronic pain patients could develop a tolerance toward marijuana. This resulted in interrupted sleep and trouble getting to bed on time. For the total group, 24.1% said they were constantly waking up early and unable to fall back asleep while 20.2% reported always struggling to fall asleep. Another 27.2% said they experienced intermittent sleep, or consistently waking up in the middle of the night.

“[Medical cannabis] use may have an overall positive effect on maintaining sleep throughout the night in chronic pain patients,” the study concluded. “At the same time, tolerance towards potential sleep-inducing properties of [medical cannabis] may occur with frequent use.”

The scientists behind the study suggested more research is needed to better determine how often and potent of medicine chronic pain patients should receive when it comes to marijuana. It’s also worth noting that daily use of any sleep-inducing medicine is not recommended.