The NFL is remaining open to CBD, but remains firm there’s not enough evidence and research to recommend it for players.

The National Football League announced last year its intention to study marijuana as a potential pain management tool for its players. This week, the NFL took its first steps into that process. The Pain Management Committee, a joint group between the NFL and NFL Players Association, met with manufacturers of CBD products to understand the efficacy behind the cannabinoid.

The fact-finding forum—as the NFL is calling it—was an effort to gather as much available data and scientific research around CBD in treating and managing acute pain for players. They also sought information about delivery systems for CBD and how products like oils, edibles, and vaporizers could provide different benefits.

“The Committee invited manufacturers of CBD products to share their research today so the Committee may hear and consider the possible scientific evidence base for CBD use as a pain management alternative,” the NFL and the players union said in a joint statement.

While current and former NFL players have long called for cannabis use as an alternative to opioids in managing pain and inflammation, the league’s drug policy maintains a ban on THC, the psychoactive element found in traditional marijuana and some CBD products. After the meeting, the league reiterated its belief there still isn’t enough information and research available to support claims CBD can treat acute and chronic pain. 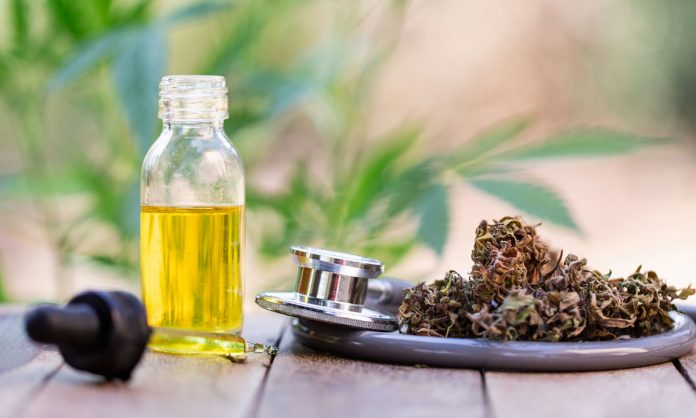 “CBD is a promising compound, but the extent of its use in the United States outpaces the level of evidence,” co-chairs of the pain management committee wrote in a white paper sent to NFL teams.

The white paper did mention small clinical studies that demonstrated CBD could be effective in combating neuropathic pain. However, the authors noted CBD remains an unregulated market, as the Food and Drug Administration still hasn’t established guidelines and rules around CBD, despite urgency from Senate Majority Leader Mitch McConnell. As a result, many products have varying degrees of purity and potency.

The white paper also added there were multiple controlled trials where marijuana and two FDA-approved cannabinoids successfully treated chronic and neuropathic pain. However, the committee raised concerns over the trials, due to their small sample sizes and short follow-up periods.

“Of course, cannabis remains a banned substance under the NFL Policy for Substances of Abuse,” the paper concludes. “In addition, the potential problems associated with cannabis, from acute impairment of driving, addiction, and exacerbation of psychiatric disorders such as depression and anxiety, make it a substance to approach with extreme caution.”

Oct 19, 2020 admin
We use cookies to ensure that we give you the best experience on our website. If you continue to use this site we will assume that you are happy with it.Ok