Study Links Marijuana And Pregnancy Use To Infant Health Risks

Babies exposed to marijuana during pregnancy were ‘small for gestational age,’ adding to a growing body of research around cannabis and infancy.

New research out of Minnesota cautions expecting mothers from smoking marijuana while pregnant. The study, published in the Journal of Perinatology, concluded that exposure to cannabis may inhibit infants’ growth and development.

Conducted by researchers at the University of Minnesota, University of Iowa, and HealthPartners, the study analyzed data on 3,435 women receiving prenatal care at HealthPartners clinics over a 21-month period. Using urine testing, a standard component in pregnancy care, indicated about 8% of women had marijuana in their system while pregnant. This represented a higher figure than the standard 5% of women who self-report using cannabis while pregnant, according to nationwide data.

Among babies exposed to cannabis during pregnancy, 9% of them later experienced an abnormal developmental screening at 12 months. Only 3.6% of babies not exposed to marijuana during pregnancy had similar abnormal screenings. In addition, babies born to women who used marijuana were more likely to be “small for gestational age.” That means the babies’ birth weight fell at or below the 10th percentile.

“This research adds to the growing body of literature on the effects of prenatal use of marijuana on fetal and child development,” said Dr. Paul Romitti, a senior author of the study and professor of epidemiology at the University of Iowa. “With marijuana use being legalized in more states, the potential for use among women who are pregnant or not aware that they are pregnant has increased.” 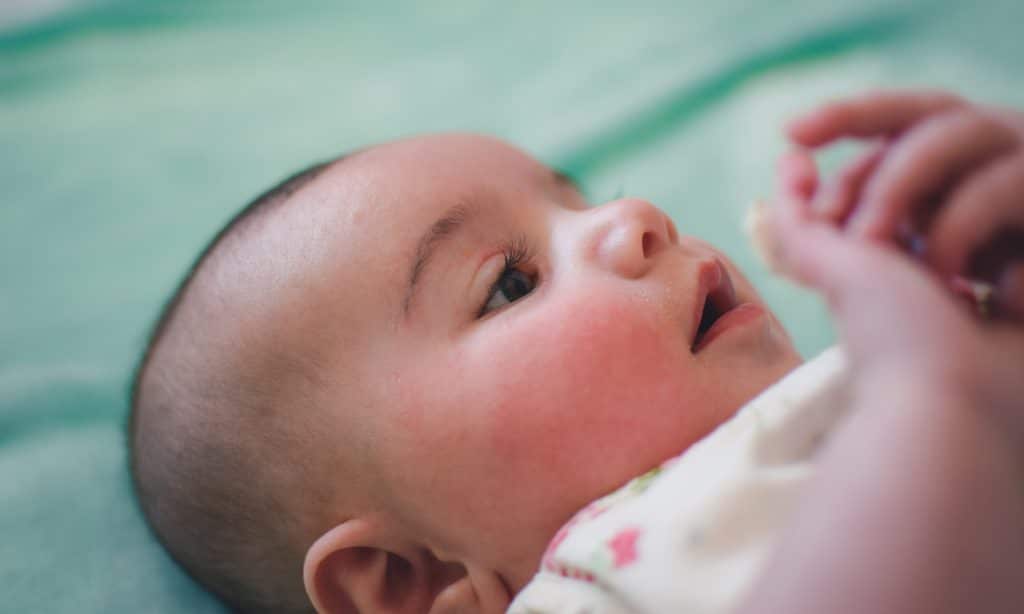 Romitti and his fellow authors on the study noted they couldn’t determine whether the women were using marijuana without realizing they were pregnant or not. The study adds to a growing need for more comprehensive studies around marijuana and fertility, which remains a divisive argument between medical professionals and cannabis advocates. More women are using marijuana while pregnant than ever before, other studies have shown.

Previously, experts have claimed that smoking anything while pregnant is bad for babies, as smoking increases carbon monoxide, which limits oxygen to the fetus. We can’t yet determine if THC plays a unique role in fetus development different from the negative effects of smoking substances like tobacco. Advocate groups like CannaMommas, meanwhile, claim that cannabis is a natural cure to pregnancy side effects like nauseous morning sickness and other appetite problems.

What appears more well known is marijuana’s impact on would-be dads. A Swedish study last year reported that male sexual organs recognize the presence of cannabinoids in the system. Another study published in Epigenetics found that sperm mutates as a result, with notable changes in a gene strongly related to autism, schizophrenia, and PTSD. In addition, a data-driven study reported that men who are frequent marijuana users are twice as likely to see their partner’s pregnancy end in a miscarriage.

Becoming ‘Plastic Negative’: How Cannabis And Hemp Can Lead The Way In Regenerative Farming

Ene 26, 2021 admin
We use cookies to ensure that we give you the best experience on our website. If you continue to use this site we will assume that you are happy with it.Ok