Diagnoses of attention deficit hyperactivity disorder (ADHD) are on the rise. In 2016, 6 million American children, or nearly 10% of all kids, were diagnosed, up from 6.1% in the late 1990s.

Some parents of children with attention deficit hyperactivity disorder (ADHD) have grown wary of Ritalin and Adderall, common treatments for the condition, because of the stimulants’ side effects and potential for long-term abuse. Now they’re turning to doctors who will prescribe medical marijuana instead.

«They’ve seen improved performance in school and happier and calmer kids at home,» Elizabeth Spaar, a family-medicine physician in Verona, Pennsylvania, told Insider, referring to how her pediatric patients and her own children with ADHD have responded to medical marijuana. 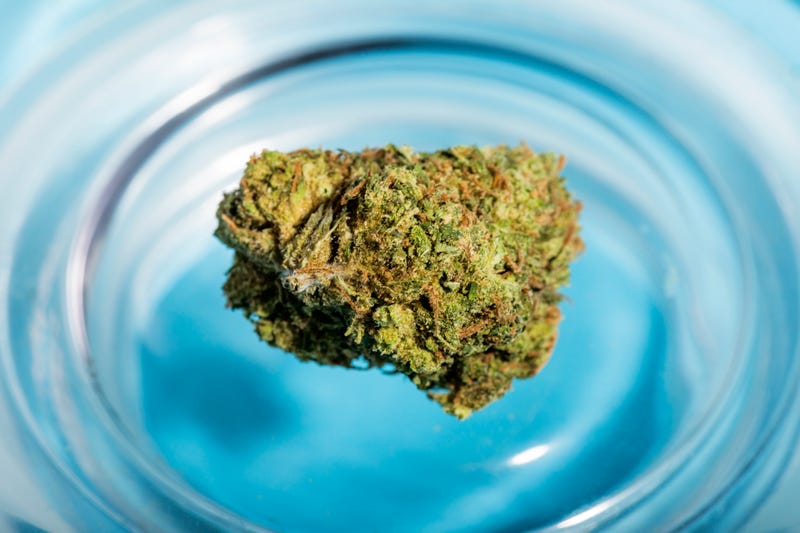 While these drugs help some children with attention issues to concentrate — and have the approval of the US Food and Drug Administration (FDA) — they are not without risks.

Adderall, for example, is a schedule 2 drug, which means it has a «high potential for abuse» or harm. Stimulants also come with a litany of side effects, including sleeplessness, lethargy, suppressed appetite, and stunted growth. Over time, children can develop resistance, leading to increased doses. Other kids eventually experience decreased effectiveness.

As with Adderal and Ritalin, cannabis increases dopamine levels, which can help a person with ADHD to focus. But unlike those drugs, medical marijuana is less likely to impair sleep and appetite, and addiction may be less of a risk. Yet questions remain about its effectiveness, the associated long-term health effects, and whether medical marijuana could exacerbate issues associated with ADHD.

The evidence for marijuana’s effectiveness on ADHD symptoms is unclear 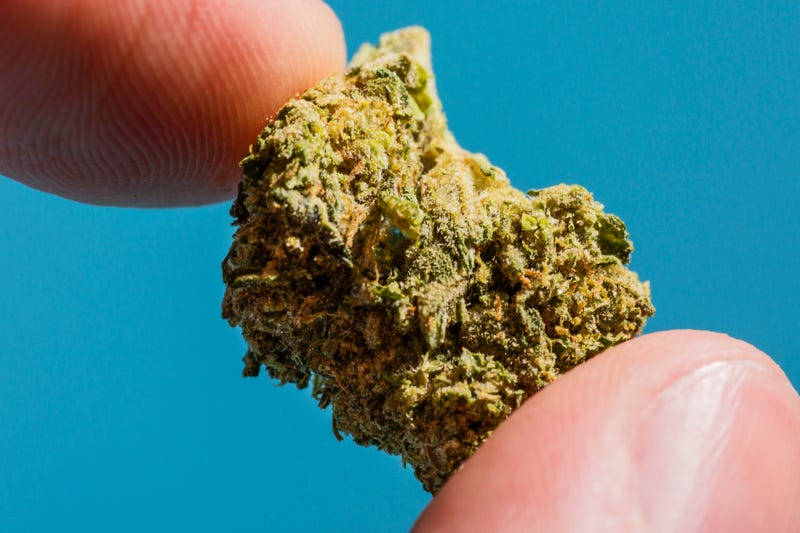 Diagnoses for ADHD — a condition characterized by inattention, hyperactivity, and impulsivity — are on the rise among young people in the US. In 2016, 6 million children, or nearly 10% of all kids, were diagnosed with ADHD. That’s up from 6.1% in the late 1990s, according to the Centers for Disease Control and Prevention (CDC). About that same time, stimulants started to become the standard treatment for ADHD.

There’s only scant research to support the usefulness of treating ADHD with medical marijuana, and the course of treatment isn’t without its share of risks. Some medical experts are concerned about how it can affect cognitive development, especially in developing brains, as well as how it could impair short-term memory.

Roni Sharon, a neurologist in New York, prescribes medical marijuana for some conditions in adults, including post-traumatic stress disorder (PTSD). But Sharon told Insider he’s opposed to prescribing it to younger patients because of the risks. «With adolescent brains, you have to be very careful,» Sharon said.

A recent study published in the Lancet concluded that there’s inadequate evidence to suggest that cannabis can relieve mental-health disorders, including ADHD. At this point, the American Academy of Pediatrics has said it supports the use of medical marijuana only in children facing life-threatening situations.

Still, none of this has deterred parents who say they have seen firsthand how medical marijuana has helped their children who are struggling with ADHD.

Spaar owns Spectrum Family Practice, which specializes in medical marijuana and addiction recovery. Since opening her marijuana program a year and a half ago, Spaar said she has prescribed medical marijuana to about 75 pediatric patients with a variety of conditions, including ADHD, PTSD, autism, and Tourette syndrome.

When Spaar talks to patients about the pros and cons of treating ADHD with medical marijuana, she points to personal experience. 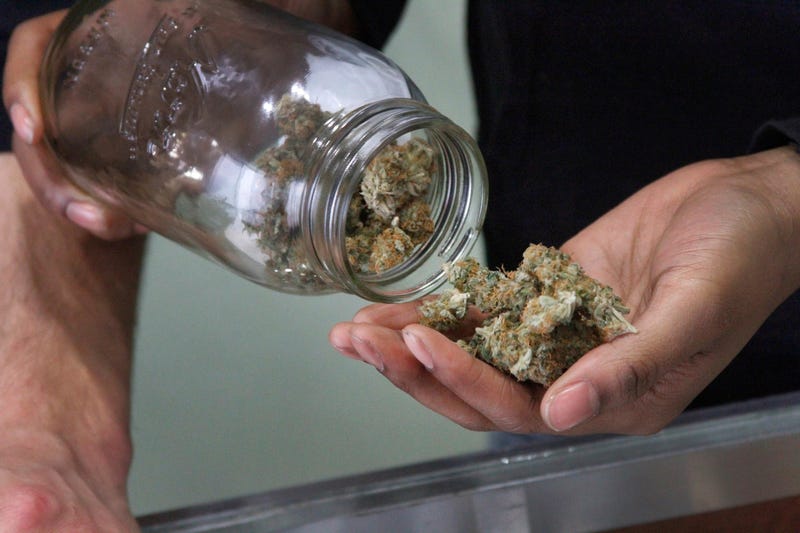 While the drugs helped somewhat, Spaar said she was concerned with the side effects, which included a suppressed appetite and difficulty falling and staying asleep. Both are common effects of stimulants.

Some medical professionals say that medical marijuana is useful if only to get their ADHD patients off stimulants.

David Berger, a pediatrician and the medical director of Wholistic Releaf, a medical-cannabis clinic in Tampa, Florida, told Insider that he’s using it for that very purpose.

In total, Berger said 20 of his pediatric patients have been able to stop taking drugs such as Ritalin and Adderall by taking a combination of THC, the chemical responsible for marijuana’s mind and body high, and CBD, a chemical compound that doesn’t get patients high but can help to address some medical and mental-health issues.

Spaar decided last year to give her sons a microdose of THC and CBD as an alternative to stimulants. Twice a day, Spaar’s sons, who are 13 and 15, take five milligrams of the medication orally in an oil form.

Spaar said that some families will work with pharmacists and consultants at a dispensary to figure out an appropriate dose. She confers with her children’s psychiatrist about the issue, but he doesn’t handle specifics of the case.

Since starting to take medical marijuana, Spaar said her younger son is now less anxious and better able to focus on his school work. She said it’s also helped with his tics. The 14-year-old’s sleep has improved and so has his appetite since he ceased taking stimulants.

Spaar’s older son, who has more severe autism-related and ADHD symptoms than his younger brother, has seen noticeable improvement in many areas, his mother said, since being introduced to medical marijuana. The 15-year-old’s grades are up, he’s having an easier time focusing and completing tasks at school and at home, she said.

Spaar said the marijuana has also decreased his hyperactivity and calmed his racing thoughts and restlessness.

She said she has «no doubt» that she will be seeing more cases where medical cannabis is used to treat children with attention issues.

Spaar said her peers have been vocal about their disapproval

Spaar said her patients have been pleased with the results, especially because it has allowed many of them to cut back on, if not fully cut out, stimulants. Still, Spaar said some of her peers have been vocal about their disapproval.

«There are people who say, ‘You’re just getting your kid high.’ That’s what they think of when they think of marijuana,» Spaar said. «But once I tell them the dramatic improvement I’ve seen, it tends to open people’s eyes.» 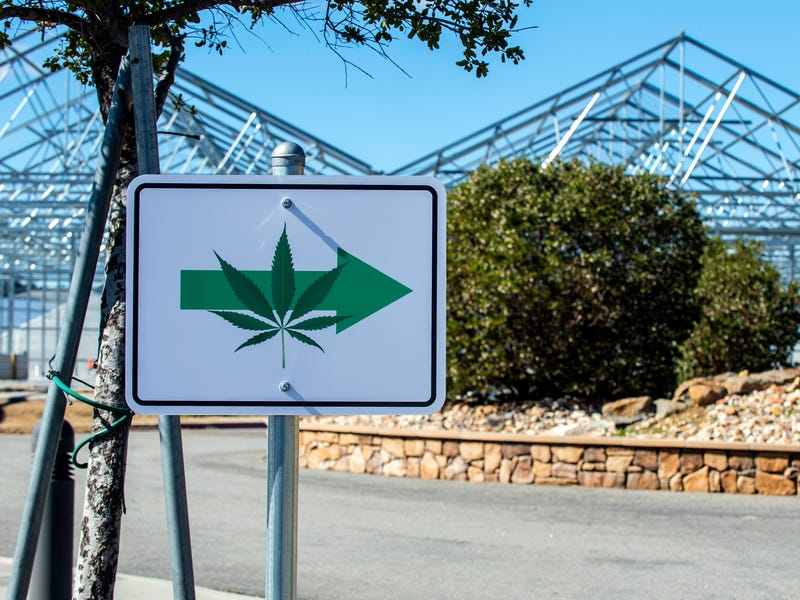 ADHD isn’t considered a qualifying condition for medical marijuana in any US state.

Even if parents make the choice to treat their children with medical marijuana, accessing it can be a major challenge. Every state has different laws about which medical conditions qualify a patient for a marijuana card, and they’re especially strict for pediatric patients. Right now, ADHD isn’t considered a qualifying condition in any state. This means that using using marijuana to treat ADHD is illegal, even in states where medical cannabis has been approved for the treatment of some conditions.

Physicians in favor of prescribing cannabis to treat ADHD believe it will soon become a more standard treatment for this condition, and others, in pediatric patients. 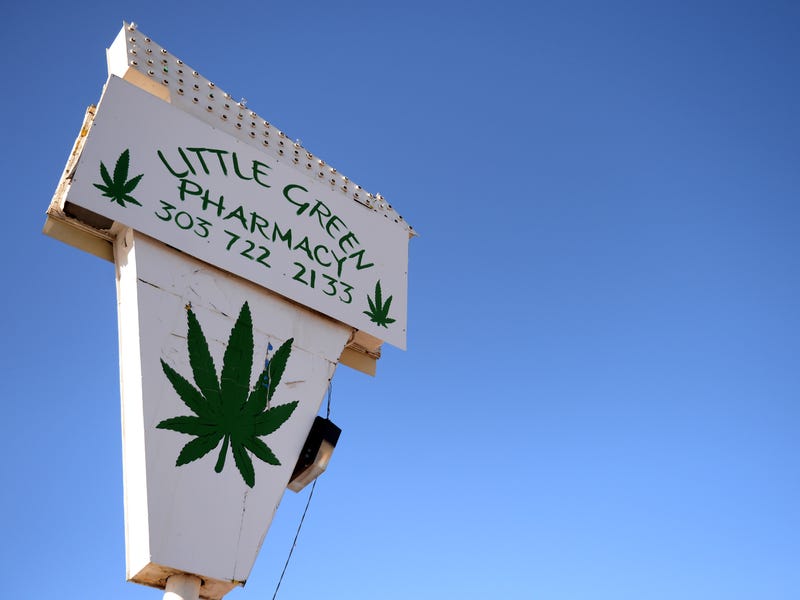 Some physicians say medical marijuana is useful for helping patients to wean off stimulants.

Anand Dugar, an anesthesiologist and pain-medicine physician who owns Green Health Docs, in Frederick, Maryland, is one of those hopeful physicians.

Dugar said he has prescribed medical marijuana to as many as 20,000 patients. He said he’s consulted with a number of parents who want to try treating ADHD with cannabis to help their children stay calm, relaxed, and more focused.

«People who were naysayers see that the sky hasn’t fallen,» Berger said. «Of course it means more people are going to try it.»

Steve Smith, the medical director of Essential Nutrition and Wellness, an alternative wellness practice in Illinois, also believes there are situations in which prescribing marijuana is appropriate. He’s also in the camp of those who think medical marijuana is best used to wean patients off stimulants.

Too often, Smith said, conditions related to attention issues are overdiagnosed or misdiagnosed in children. Many of these children are «pliable,» Smith said, able to improve their focus with more natural treatments. In pediatric patients with ADHD, Smith has seen dramatic improvements through behavioral therapy and with better diet and sleep hygiene.

«I’d like to get to a point where we don’t dope kids up on anything,» he said.