Veterans Can Use Medical Marijuana, They Just Have To Pay For It

Congress keeps killing marijuana-related legislation that would allow the U.S. Department of Veterans Affairs to provide veterans with marijuana as an alternative to prescription drugs.

Every year, the cannabis advocacy community is neck-deep in the trenches fighting for the rights of veterans to use medical marijuana. You can always count on there being at least one proposal debated in Congress designed to give the men and women who have served our country legitimate access to therapeutic cannabis. And every year, Congress puts the kibosh on these measures, which has given a vast majority of the American population the idea that the federal government prevents veterans from using marijuana. Presumably, some believe that Uncle Sam is standing at the ready to dole out some cruel and unusual punishment for those vets who dare get high.

But that’s not exactly true. What’s real is that Congress does, in fact, keep killing marijuana-related legislation (even those of a temporary nature) that would allow the U.S. Department of Veterans Affairs (VA) to provide veterans with marijuana as an alternative to prescription drugs. This is upsetting to the part of the population that believes vets should have the option of at least participating in medical marijuana programs in states where it is legal. Most folks with any compassion at all would share in this sentiment.

But the thing is, the federal government is not stopping vets from using this drug. These men and women are more than welcome to smoke all the weed they want, they just cannot get it from the VA, and they have to pay for it out of their own pockets.

It’s true. Nobody is stopping vets from using medical marijuana. They are permitted to visit a physician outside the VA for a recommendation to participate in their state’s program. Once they have secured the necessary paperwork, they can visit a dispensary and start making regular purchases. The VA even states on its website that this sort of arrangement is more than acceptable. Vets can also discuss medical marijuana with their VA doctors for guidance if they so choose.

“VA providers can and do discuss marijuana use with veterans as part of comprehensive care planning, and adjust treatment plans as necessary,” the VA said. 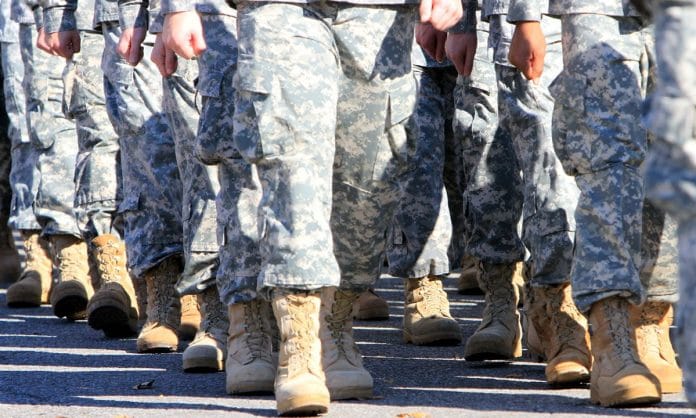 And no, there are no penalties for veterans who opt to go independent in their quest for medical marijuana. No matter how much weed they smoke, they are welcome back to the VA for treatment, and they can still get prescription drugs. The VA’s website makes that clear, as well.

“Veteran participation in state marijuana programs does not affect eligibility for VA care and services,” the agency states.

But since marijuana is still illegal in the eyes of the federal government, the VA cannot prescribe medicinal cannabis to its patients. And that’s likely going to be the case until Congress and the President come to terms on a bill that eliminates pot prohibition nationwide.

Vets are really in the same boat as the rest of the medical marijuana patients across the United States. Gaining access is not always easy for civilians either. Sometimes family doctors will refuse to recommend medical marijuana to their patients, forcing them to seek an outside physician for approval. And because cannabis is not covered by any health insurance provider, everyone who participates in a medical marijuana program must pay for it out of pocket.

So really, veterans are not being treated any differently than the rest of the country when it comes to using this medicine. Maybe they should be, but they are not. Sure, there have been cases where veterans have lost some of their prescription drug privileges (mainly painkillers) as a result of pot use. But the decision to amended treatment plan comes at the discretion of VA doctors. It’s not the agency’s policy to take drugs away from patients just because they smoke a little weed.