Are Sports Leagues Warming Up to Cannabis?

Major League Baseball (MLB) made headlines this month when it announced it would no longer classify marijuana as a «drug of abuse.» The significance of the decision goes far beyond no longer applying nominal fines on athletes for smoking pot; it’s indicative of changing attitudes and the U.S. becoming more accepting of cannabis. The evolution of public sentiment about cannabis makes it an exciting time to invest in the industry. If you’re not already, it’s time to play ball in the pot sector.

In addition to MLB, the National Football League (NFL) is another professional sports league that might soon change its stance on marijuana use. NFL players have been known to use pot, and Ricky Williams, one of the more popular pro footballers to consume cannabis, unveiled his own brand of marijuana products last year.

Although it’s still not permissible to use marijuana in the NFL, one owner sees a change coming. In a recent interview, Dallas Cowboys’ owner Jerry Jones spoke about marijuana use in the league and suggested the NFL could move in unison with legalization efforts. He said:

We’re excited about being in step with the social and legal scene as it goes forward…I think that you should expect and will expect an adjustment of the contemporary way or the present way that marijuana is being thought about.

The current collective bargaining agreement for the league will expire at the end of the 2020 season. A new agreement is needed soon, and it could include a provision that allows players to use cannabis. 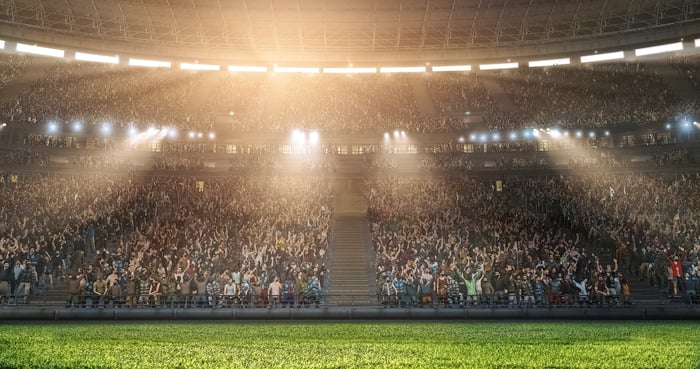 Other sports leagues team up on research

The National Hockey League (NHL) does not fine or punish players for marijuana use. The NHL Alumni Association even went a step further in March by announcing it would partner with marijuana producer Canopy Growth (NYSE:CGC) to research the effect cannabis has on athletes, and how it may help retired players who are dealing with pain resulting from their playing days.

Canopy’s chief medical officer Mark Ware knows the issue needs attention, as people are using cannabis whether it’s recommended or not: «We know that many athletes are already self-medicating with cannabis and its derivatives in an attempt to reduce both the physical and emotional consequences of head injury.»

Rival cannabis stock Aurora Cannabis (NYSE:ACB) partnered with the Ultimate Fighting Championship (UFC), looking at how hemp-derived cannabidiol (CBD) can help its athletes deal with pain. UFC President Dana White sees the eight-year partnership with Aurora as the early stages of what’s to come in pro sports, stating the following in regards to the deal: «I believe that this thing really is the future and when we see things like this we’ve always been first to dive in.»

Aurora’s CEO Terry Booth knows that the data behind cannabis products is important and said: «We are going to work together to change the way people think, to change the industry, and to launch the first hemp-derived CBD products that are backed by scientific research.»

One of the big hurdles for the industry is that there’s incomplete, inconsistent, and even conflicting data on what cannabis can and cannot do. With both Aurora and Canopy Growth committing to conduct more research on the effect cannabis has on athletes, that could lead to even more opportunities for the industry to advance and for U.S. legalization to continue progressing.

Why this should matter to investors

As cannabis becomes more mainstream and more concrete evidence is found supporting its effectiveness, it will help make consumers less hesitant in trying a new wave of wellness products. It doesn’t hurt having athletes use cannabis products, as pro sports players often have an outsized influence on consumers’ purchasing decisions.

In Canada, Canopy Growth has many cannabis-infused drinks that are ready to go for the launch of edible products that could be on store shelves as early as this month, including wellness products. The company’s acquisition of sports nutrition company Biosteel helps to accelerate that growth and gives the company more products that appeal to athletes.

Getting sports leagues to support cannabis products could not only help get more consumers excited about the products, but it could be a catalyst in getting more people to support the federal legalization of marijuana in the U.S., which pot investors are rooting for.