A preliminary study continues to support evidence that CBD can be used as an alternative method to treat different kinds of seizures.

CBD’s positive effects on seizures has been supported by several different studies, and stands as the most definitive medicinal benefit of the compound. A new study found that CBD might also help with hard-to-treat seizures produced by a rare genetic disorder.

The disease, called tuberous sclerosis complex, is a genetic condition that affects about 1 in 6,000 people, producing noncancerous tumors that grow throughout the body. In 90% of patients, this causes seizures that are very hard to treat, resistant to the standard drugs used in these kinds of situations.

The study in question took 224 patients with the condition from different countries and provided them with Epidiolex, a liquid medication that contains purified CBD and that has FDA approval for treating seizures caused by Dravet syndrome and Lennox-Gastaut syndrome.

A large percentage of these patients were under the age of 11 and had already tried different anti-seizure medications that they’d dropped due to negative side effects or because they didn’t provide the necessary relief. 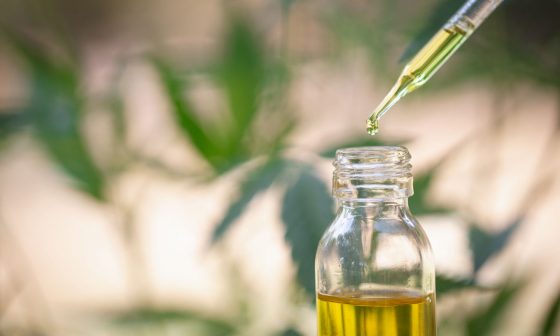 Patients were split up randomly in three groups: one group received 25mg of Epidiolex, another received 50mg and the last only took a placebo. Patients who were taking anti-seizure drugs before the study continued to take them in addition to the Epidiolex.

The study found that over a period of 16 weeks patients who consumed 50mg of Epidiolex a day were more likely to see an improvement. When compared to the placebo group, the 50mg group’s seizures dropped by 50 percent.

“CBD works by a novel mechanism, but we don’t know exactly what it is,” said Dr. Elizabeth Thiele, director of pediatric epilepsy at Massachusetts General Hospital in Boston. She clarifies that CBD didn’t work for all patients and that, although promising, results wouldn’t likely alter the way in which these patients were treated.

More research is needed in order to know how Epidiolex works over time and whether patients build up a tolerance for it. “Sometimes patients may habituate to a medication while others may demonstrate improved efficacy over time,” said Dr. William Gaillard, professor of pediatrics at George Washington University.

The study is scheduled for review at this year’s American Epilepsy Society annual meeting. If it’s approved, it will be published in a peer reviewed journal.