Is Smoking Marijuana Bad For Your Lungs?

This month, Willie Nelson shocked stoner circles around the world when the Red Headed Stranger announced he had quit smoking weed. A spokesperson later clarified that Nelson still uses marijuana, he just stopped smoking it for health reasons.

“I have abused my lungs quite a bit in the past, so breathing is a little more difficult these days and I have to be careful,” Nelson told San Antonio television station KSAT. “I don’t smoke anymore. I take better care of myself today.”

Not many of us smoke as often as Willie Nelson, but it’s worth asking: just what effect does marijuana smoke have on your lungs? The science, unfortunately, isn’t as definitive as you might find with tobacco, due to limited research into cannabis. The American Lung Association “caution[s] the public against smoking marijuana because of the risks it poses to the lungs.” That, however, is a vague sentiment.

A 2013 study published in the Annals of American Thoracic Society provides some more specifics. Smoking marijuana can lead to higher airway resistance, lung hyperinflation, and inflammation in large airways. The study also found regular marijuana use “is consistently associated with an increased likelihood of symptoms of chronic bronchitis,” though, researchers noted, those symptoms “subside after cessation of use.”

“The accumulated weight of evidence implies far lower risks for pulmonary complications of even regular heavy use of marijuana compared with the grave pulmonary consequences of tobacco,” the researchers concluded. 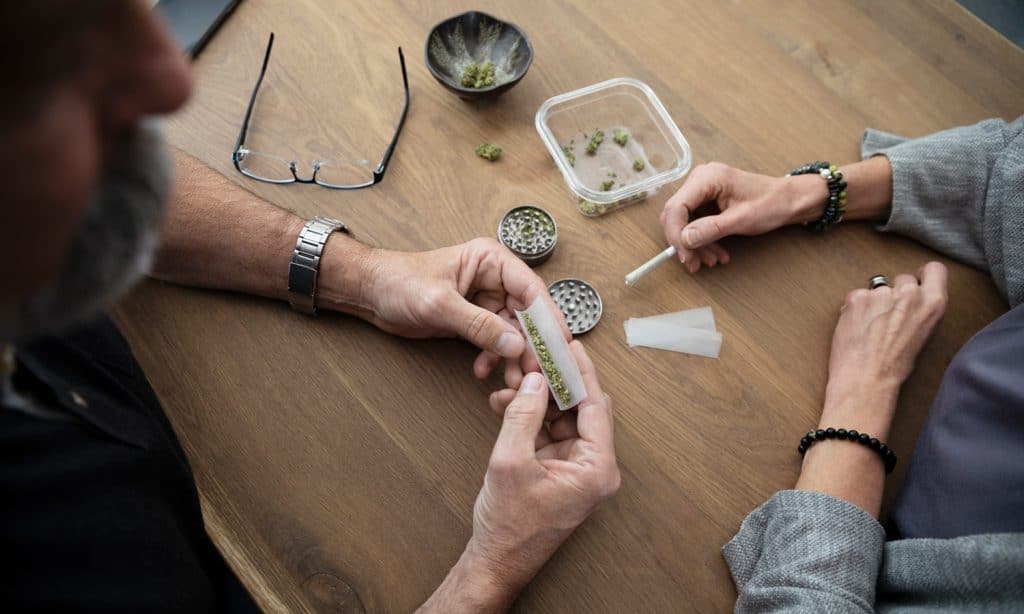 But a 20-year 2012 study provided even better news for marijuana smokers. Published in The Journal of the American Medical Association, researchers found that individuals who smoked a joint per day for up to seven years didn’t result in adverse lung functioning. While this point is up for debate, the study also reported that moderate marijuana smokers had a wellness advantage, as inhaling provided your lungs and chest muscles an extra workout.

Ultimately, the study’s “findings suggest that occasional use of marijuana for these or other purposes may not be associated with adverse consequences on pulmonary function.” The authors weren’t as high on heavy marijuana users as their research “suggested an accelerated decline in pulmonary function with heavy use and a resulting need for caution and moderation when marijuana use is considered.”

According to the National Institutes of Health, some case studies did report negative associations with marijuana inhalation. Those who frequently smoke cannabis experienced more outpatient medical visit for respiratory problems when compared to those who don’t smoke. Other research indicates that THC may have immune-suppressing effects, which could lead to higher susceptibility to lung infections, like pneumonia.

The good news is that most of us don’t smoke weed as often as Willie Nelson did. Toking on a joint several times a week likely won’t result in serious adverse effects. On the other hand, if you find yourself smoking too much, and coughing up nasty phlegm, it may be time to give your lungs a break.