The days of cannabis being most associated with stoners and hippies are over. As research and legalization expands, so too does the reason why Americans consume marijuana. More Americans turn to cannabis for medical conditions than to get high, according to a new study.

Published in the JAMA Network Open, researchers polled nearly 170,000 marijuana users between 2016 and 2017. The survey found that about 46% of users consumed marijuana products to cope or alleviate various medical conditions. Meanwhile, 22% of respondents said they expressly smoked, vaporized, and ate edibles to get high. 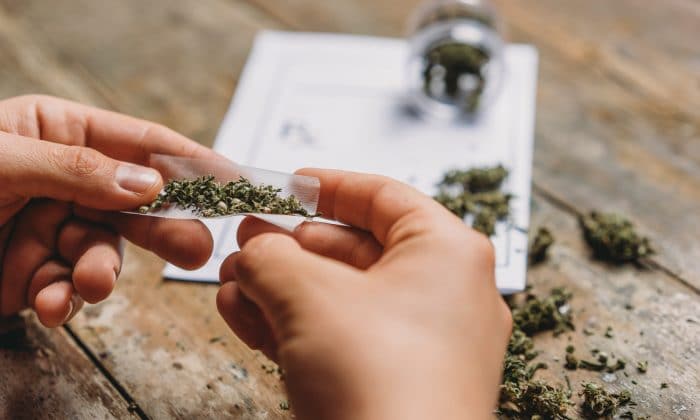 Lead author Hongying “Daisy” Dai, an associate professor in the College of Public Health at the University of Nebraska, and her team conducted survey calls with 169,036 participants through the Behavioral Risk Factor Surveillance System, which provided a representative sample of U.S. adults across states. Among young adults between ages 18-24 with medical conditions, 25.5% reported current marijuana use while 11.2% said they consumed cannabis daily.

That current marijuana use for young adults was nearly 10 times the number those ages 65 and older reported (2.2%). Researchers concluded that decreased marijuana use among older age groups possibly stems from lingering stigmas, as adults ages 65 and older were more likely to view marijuana as highly addictive and harmful. However, researchers “the increase in public acceptance of marijuana use could lead older adults to start using marijuana for medical conditions.”

As research lingers in the United States due to its federally illegal status, Dai’s team found gaps between available scientific literature and the medical conditions patients listed as reasons they were using, which included anxiety, stress, chronic pain, cancer, and more.

“Adults with medical conditions have an increased risk of using marijuana, especially those with respiratory conditions, cancer and depression,” Dai told U.S. News & World Report. “Patients who are taking marijuana for a medical condition should be informed of evidence of efficacy and adverse effects for that condition.”

Ene 21, 2021 admin
We use cookies to ensure that we give you the best experience on our website. If you continue to use this site we will assume that you are happy with it.Ok