Marijuana and sperm have a complicated and confusing relationship. Some studies have found that men who smoke marijuana have a higher sperm count. Other research has found they have a lower sperm count. Regardless, what’s decided is that the hundreds of chemicals in marijuana tinker with sperm on a deep level — and new research demonstrates why.

In a study released Thursday in Scientific Reports a team from Denmark reveal that, for better or worse, the body’s sperm making machinery knows how to recognize cannabinoids, the active chemicals in marijuana.

In this study, after analyzing testicular tissue samples of the 15 men, the researchers found there are plenty of endocannabinoid receptors and endocannabinoids in the testicles and sperm cells too.

That’s important because it tells us that humans sperm-production hardware is attuned to interacting with cannabinoid chemicals. So when we add exogenous cannabinoids into the mix, after say a person smokes a bowl, it could have effects on how that sperm-production machinery operates.

Those effects may have been overlooked before, says lead study author Niels Skakkebæk, Ph.D., an affiliate professor at the University of Copenhagen.

“Andrologists like me have for generations been focusing on other hormone aspects, but overlooked the possibility that endocannabinoids may participate in the normal sperm and hormone production,” he explained in a press release sent to Inverse. “I was surprised to find that endocannabinoids were so widely expressed in all cell types in the testis, both in the germ cells and the hormone-producing cells.” 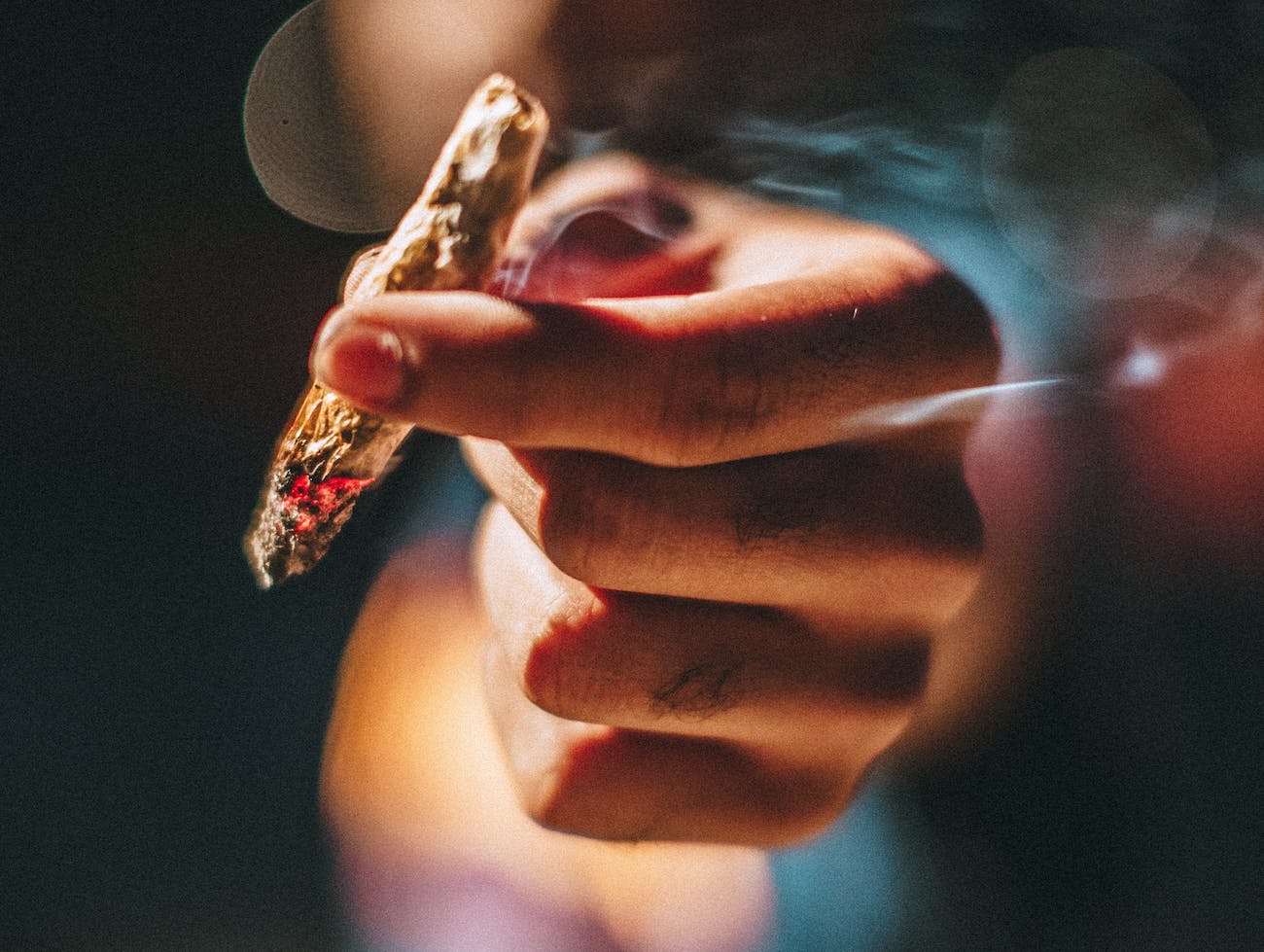 This study found that there are signs of the endocannabinoid system in both testicular tissue and germ cells, showing that the machinery that the body uses during sperm production may also be affected by cannabinoids from marijuana.

Skakkebæk’s study was conducted on a small sample of 15 men with testicular germ cell cancer, who agreed to have tissue samples of their testis analyzed by scientists. When they analyzed those samples, they found that testicular tissue and germ cells, which eventually become sperm, had three key ingredients of the endocannabinoid system: the actual endocannabinoid chemicals themselves, the receptors that they bind to, and enzymes that break those chemicals down.

That shows that the body’s sperm manufacturing plant has “machinery to synthesize and metabolize endocannabinoids.” That suggests that this machinery may also be attuned to the extra cannabinoids that fill our bodies after smoking weed — though it’s unclear exactly what happens when we overload that system.

I was surprised to find that endocannabinoids were so widely expressed in all cell types in the testis,

Skakkebæk notes that his entire study was inspired by work showing that marijuana could have negative impacts on sperm development in men who smoked at least once per week. “We did see a hint a couple of years ago, when we found that young Danish men, who had used marijuana, had significantly poorer sperm counts than their peers,” he added.

But there other studies that suggest that the relationship between marijuana and sperm quality is more nuanced. A paper released February in Human Reproduction examined 662 men who reported their marijuana use. Within that sample, 365 men who had smoked weed before had significantly higher sperm counts than the 297 who hadn’t. 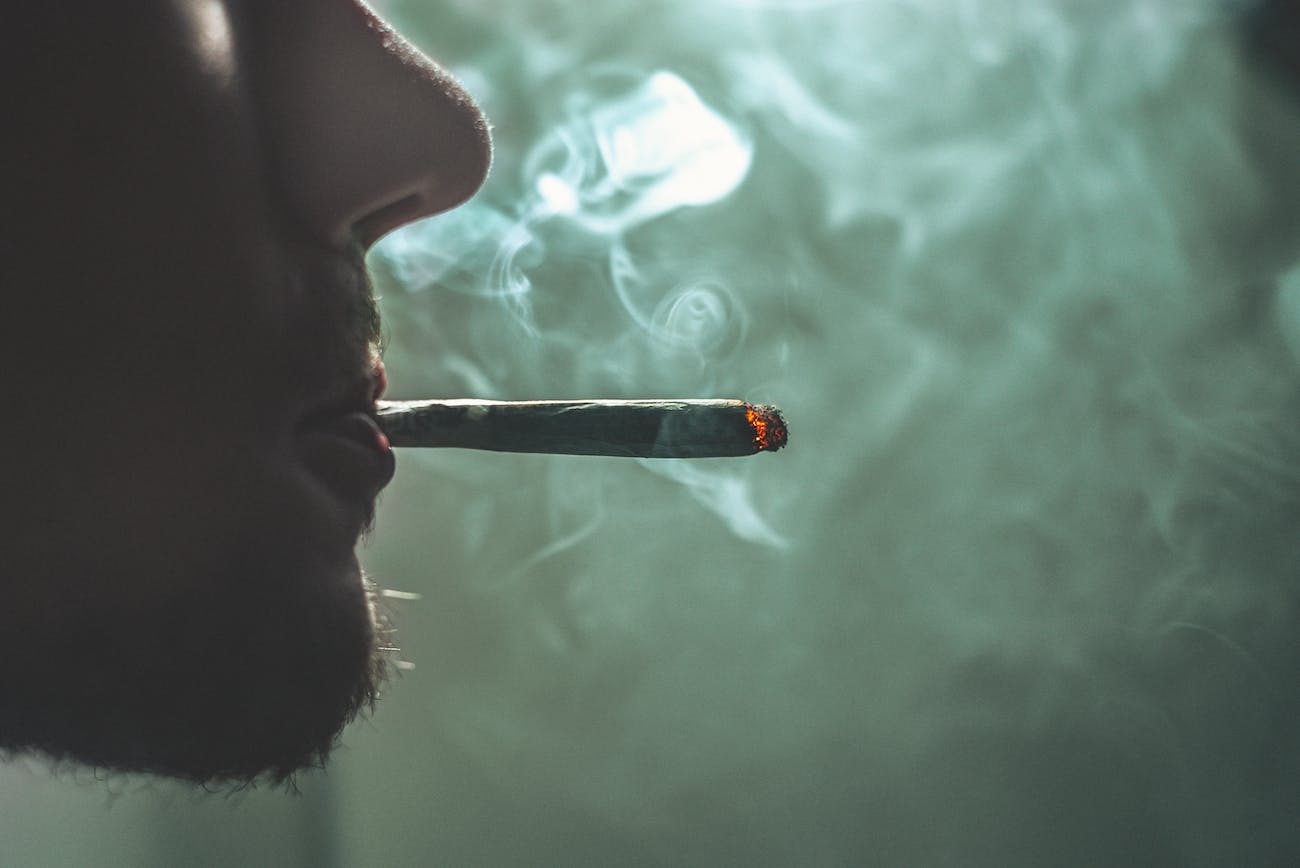 Scientists are still studying how smoking marijuana impacts sperm count, but they’ve recently shown that the endocannabinoid system might be tightly tied to sperm production.

Compared to the men in the Danish who smoked once per week that’s far less cannabinoid exposure — which could partially explain these results.

That alone differentiates it from the 2015 study on Danish men that Skakkebaek refers to, but there was another key difference. To be counted as a marijuana user in this study the men only had to report smoking weed at least more than two joints (or the equivalent) in their entire lives.

The lead author of that study, Feiby Nassan, Ph.D. a research fellow at Harvard’s T.H. Chan School of Public Health, offered two explanations for these results. One was that we shouldn’t be too hasty to draw conclusions from them (there could have been other factors influencing sperm count beyond smoking weed), but the other was that the amount of marijuana smoked has a big influence on sperm itself:

Combined with Skakkebæk’s study, these new results point to just how tightly the endocannabinoid system and sperm production are tied. They’re literally built into one another on a biological level. In the future, we may finally be able to nail down exactly how smoking impacts that special relationship.