The first time I saw Charley Hoffman play, you would not have looked at him twice. That was at the Masters in 2015, where he stopped by the 1st tee box to beg autographs off Arnold Palmer and Jack Nicklaus. He was 38 already, a little tubby, a little schlubby, in a hat that looked two sizes too big and a pair of wraparound sunglasses so tight they gave him tan lines. Then he went and shot a 67. Well, like the old salts say at Augusta, the bars of Chicago are full of people who led majors after one round and Charley finished up tied ninth. But still, after 15 years playing pro golf, it was his first top-20 finish in a major.

Hoffman has seemed to make a run up the leaderboard at almost every other major since, 65 at Augusta National, 67 at Royal Birkdale, 68 at Erin Hills. Usually he slips right back down it again but whatever he is going through he always seems to be wearing the same inscrutable expression. You never saw a sportsman give less away about how he is feeling. Which might be why even my friends who love golf don’t get why I have grown quite so fond of him in the past four years. I think it is because, for a man with such an exquisite iron game, he just seems so ordinary. You would never guess he was an elite athlete, until you saw him play.

This is why it was a surprise that Hoffman has just been signed up to promote a new line of CBD products. If there was ever a sign cannabis is going mainstream in sport, it’s Charley, a 42-year-old journeyman pro from San Diego. He is one of a bunch of professional golfers who have signed endorsement deals with CBD manufacturers since the World Anti-Doping Agency took it off the prohibited list in 2018. Bubba Watson and Lucas Glover are promoting it, too. All three of them have spoken about how it helps their physical recovery. Interestingly, Glover has said it helps him cope with his anxiety, too. “For golfers,” Glover says, “the biggest benefit is calmness.”

CBD use is booming in Britain, too. The Saracens locks George Kruis and Dominic Day were so taken with it they have launched their own business, fourfivecbd. It was Day who first discovered it, when he was struggling to recover from an operation to remove torn cartilage from his right knee. “I was in that head space where I was willing to try anything that could help,” he says, “and I stumbled across the article online about how Wada had just taken CBD oil off the banned list, and I thought: ‘Shall I give this a go?’” He ended up buying a bottle of it from a vape shop. 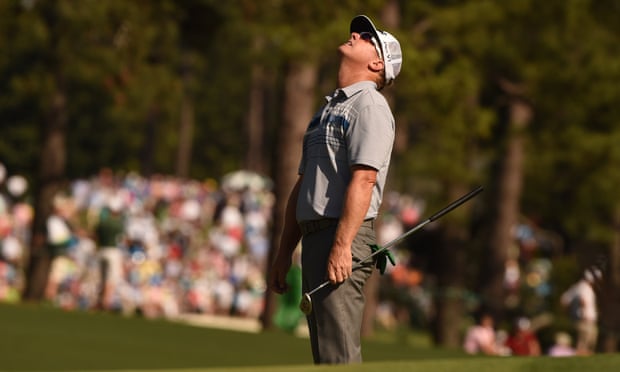 “I’m very careful about the claims I make for it,” Day says, “but for me the effects were pretty instantaneous. Then when I came off it the symptoms came right back.”

When the club physio pointed out how well his recovery seemed to be going, Day sheepishly admitted he had been self-medicating with CBD oil. “A lot of eyebrows went up.” When Kruis was struggling with his own recovery from ankle surgery, Day turned him on to it, too. “He had a very similar experience.” Soon afterwards, they went into business together.

“The reason we use it is because it’s natural and organic,” Day says, “and the alternative is prescription medication.” Day has been playing professional rugby for 13 years. For most of that time, he was taking four or five lots of prescription anti-inflammatories and painkillers a week.

“We’re all trying to make a living and the only way to do that is to be putting in a shift for the club, so as players we will do anything to get on the pitch. It’s what you do, take an anti-inflammatory to help you through training, take a painkiller to help you out on the pitch, that’s just how it is. But it’s something we’d like to have an alternative to.”

Now, Day takes a CBD supplement every morning “much like someone else would use a multivitamin”. Kruis uses it differently. “George uses it when he needs a good night’s sleep because that’s when a lot of recovery happens.” But while prescription drugs have side‑effects, Day says, CBD has a stigma. “There’s a lot of education work to be done around it,” he says. He holds back from making any grand claims for his product. He knows CBD has become a fad and there are a lot of snake-oil salesmen working in the fledgling market. When it comes to whether CBD could have a positive impact on mental health, he will only say: “The key thing is getting more research done.”

Day adds: “For six months we held off giving it to any professional athletes because we wanted to make sure all our products had been laboratory tested to ensure there was no cross-contamination in them.” A lot of CBD products contain quantities of the psychoactive compound THC, which is still banned by Wada. “Now we have that certification, we’ve got around 400 professional athletes using it from a range of sports: rugby union and league, boxing, MMA, track and field, diving, and swimming.”

They have three full-time employees and are about to take on eight more to run two shopping-centre kiosks. Taking CBD may have helped Glover relax but selling it, Day says, “has been a real whirlwind”.

Borat is the Hero America Needs and Deserves

Senior Citizen Strongman Finds Power in Cannabis (And He’s Not the Only One!)

Report Shows Almost Half of Cannabis Users are Over 40

Oct 22, 2020 admin
We use cookies to ensure that we give you the best experience on our website. If you continue to use this site we will assume that you are happy with it.Ok