Anxiety, like marijuana, comes with a stigma, but with the increasing impact of anxiety disorders on family life and the economy, it’s no wonder everyone seems to be looking for a salve.

The relationship between cannabis and anxiety disorders exists, but remains wholly misunderstood. Anxiety presents differently in every patient, and there is no definitive cure with conventional drugs, so just imagine something as variant as the cannabis plant.

Evidence suggests that cannabis has powerful anxiolytic (anti-anxiety) properties, and when administered as-needed, can provide relief from several anxiety disorders, including generalized and social anxiety, obsessive-compulsive disorder, social anxiety, post-traumatic stress disorder, panic disorder, and depression. It might even help with a fear of public speaking.

Just One Puff Could Be Enough for Anxiety

One thing that holds people back from treating anxiety with cannabis was the myth that it made anxiety worse through the manifestation of paranoia. The truth is, while some cannabis users feel a sense of heightened fear and worsened anxiety from marijuana; it is a side-effect that can be controlled with smaller doses as well as a cannabinoid profile that does not produce the effect. It is likely that paranoia is a reaction to strains with higher THC content. 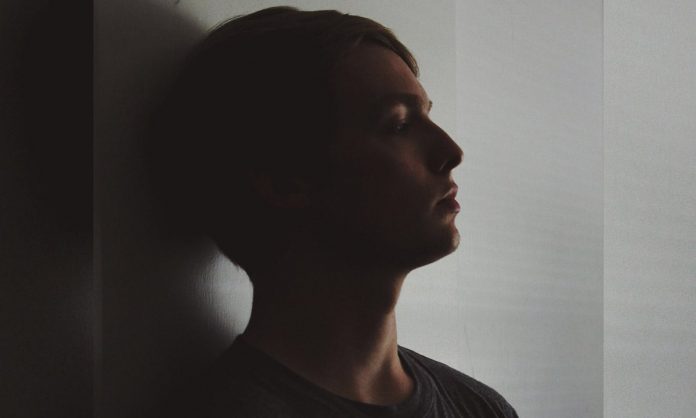 Washington State researchers recently assessed how varying levels of cannabinoids (chemicals found in marijuana) affected people’s moods and feelings of well-being. The team found that a single puff of cannabis high in cannabidiol (CBD) and low in tetrahydrocannabinol (THC), was enough to reduce depression symptoms. After two puffs, patients felt less anxious, and after ten they were less stressed.

Although the body manufactures its own cannabinoids, called endocannabinoids, we are susceptible to shortages of them; excessive exposure to trauma might contribute to a disordered endocannabinoid system (ECS). Experts believe cannabis can help replenish and condition the ECS, resulting in a balancing effect that quells anxiety, physically, psychologically and emotionally. What we don’t yet have is data on the most therapeutic dosages and strains for anxiety.

While this study suggests that one puff of marijuana can help ease the symptoms of depression and anxiety, experts insist that prolonged use over time had the opposite effect.

Strains of Cannabis for Anxiety

Cannabis consumers have a few tools at their disposal when choosing a strain, but ultimately, beyond the recommendations of a budtender, the patient must find their own perfect balance of cannabinoids and terpenes. No varietal works quite the same for two people. 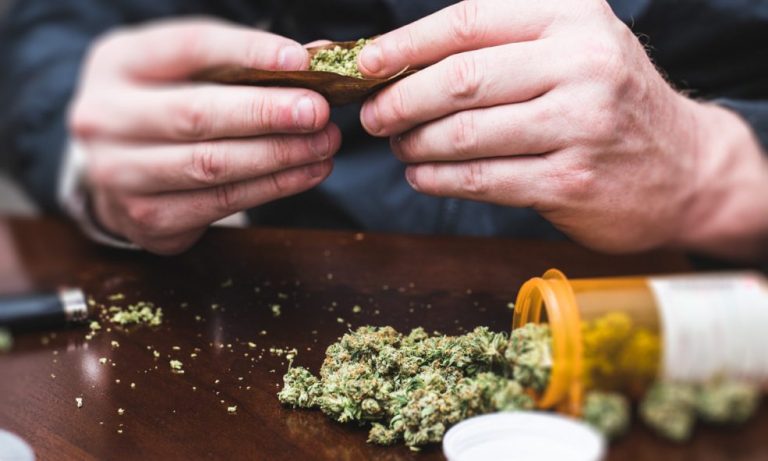 What makes someone with anxiety a unique cannabis consumer is that they’re probably not looking for something high in THC because just about every current study points to CBD as the critical ingredient for calming anxiety. The interest in cannabidiol’s anxiolytic effects means that there are more high-CBD marijuana strains and products out there than ever and CBD oil can be ordered online without a prescription from just about anywhere on the continent.

The Washington State study is one of the first to provide guidance on various strains and dosages for reducing stress, anxiety, and depression To track their data, the researchers used a new app called Strainprint that helps medical marijuana users record how different doses affects their wellbeing. The free cannabis journaling app is now widely used among patients who want to track just about any diagnosable condition and the medical marijuana they are using.

A new report from Strainprint tells us that anxiety is now one of the top symptoms, along with pain and arthritis, attracting cannabis use among citizens 50 and over. That, complemented by the thousands of studies being conducted on cannabis, and the flow of legalization means that more definitive answers on marijuana for anxiety are on the way.

Oct 20, 2020 admin
We use cookies to ensure that we give you the best experience on our website. If you continue to use this site we will assume that you are happy with it.Ok