With marijuana becoming increasingly legal across the United States, more and more people have started smoking it, helping them to feel both the medical and recreational benefits of the plant. With many of these people being relatively new to using it, however, few might know what accessories they should have to feel the maximum number of benefits. While the majority of people will know to purchase rolling papers, filter tips, and a few of the other basics, there are still a variety of things that they may not know about.

Many of these smoking accessories having a considerable impact on how much you enjoy it, which can make them a necessity when smoking. This shouldn’t be something that affects you for long, as there are a few different things pot smokers should have regardless of whether they’re smoking a joint or using a bong. However, there are a few accessories that are more mandatory than others, so they’re products that you should buy when you first start smoking.

You can buy all of these accessories and much more on this site:  https://www.hemper.co/collections/smoking-accessories

A grinder should be one of the first things that you buy alongside your marijuana, as it’s a necessity for breaking up your weed. While this can often be done by hand, it can often be a sticky and somewhat messy experience, and you mightn’t be able to make the marijuana as fine as you might need for the likes of a bong or a pipe. The majority of us will want to make this as easy as possible while still making sure that the weed is well-broken up, which provides a better smoking experience.

This is why a grinder can be vital, especially considering how it saves a significant amount of time. When you’re buying one, you should also consider getting one that has a kief catcher, which means that it will save much of the weed from being wasted when you’re grinding it. While this might mean paying a little bit extra for the grinder, it can typically mean that you get a better experience when you’re smoking. 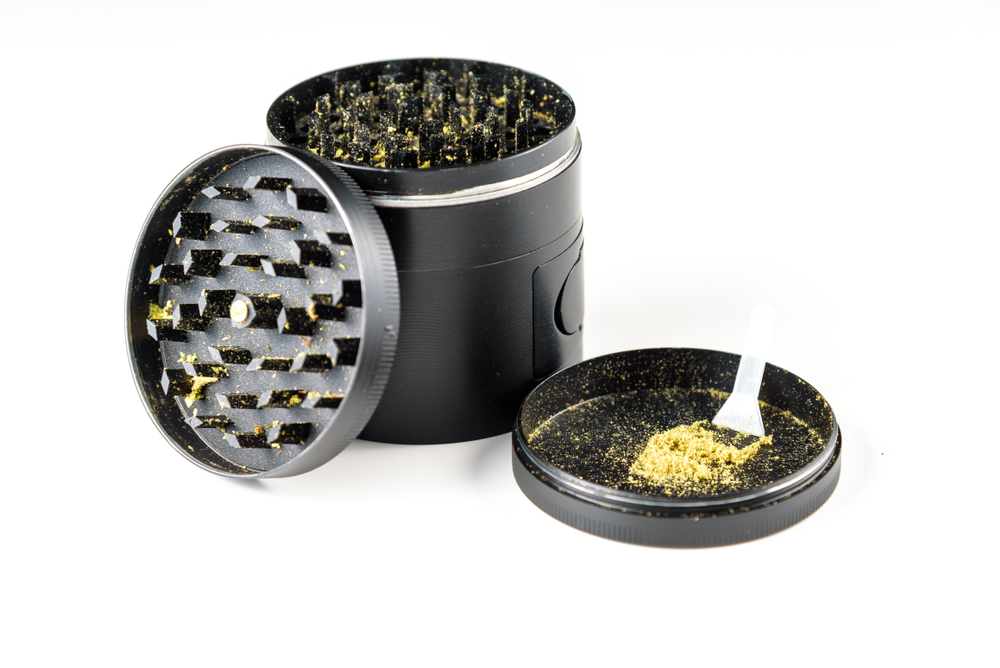 A bong might be one of the more obvious accessories, although the number of people that overlook this can be surprising. This can often be called a water pipe, as it includes water that helps to cool and filter the vapor when you’re smoking it, which can remove any toxins that might be in the marijuana, making it much healthier. There can be a variety of bongs to choose from, which range from the simple to relatively complex, with many manufacturers creating unique designs that can catch almost anybody’s interested. With a little bit of time and effort, you’ll be able to find a bong that suits your interest.

While many people might be interested in smoking the plant, some may not want to deal with the potential health ramifications of the smoke that’s emitted during the process. This is something that can be avoided with a vaporizer, which does what you might expect from the name; vaporizing the marijuana and allowing you to inhale it. The health benefits of this can be seen by the fact that it’s 95% carcinogenic-free, and it also increases the number of terpenoids that’s emitted.

These can act as an anti-inflammatory while reducing the lung irritation that many people might see when they’re smoking marijuana. The benefits of a vaporizer aren’t just seen when it comes to health, however, as it can also help bring out the taste of the weed, which can be a significant advantage for many marijuana connoisseurs.

When you first start smoking joints, it can often be difficult to properly roll them, which can mean that you may not be able to enjoy the weed properly. This is where a rolling machine comes into play, as it makes the process much easier because it automates almost all of the process. All you’ll need to do is to put the joint together, place it into the rolling machine, and then let it work its magic. While newcomers to the area look the gain the most out of this, any weed enthusiasts will be able to reap the rewards, as it takes the majority of effort out of the process.

This can also mean that it will take much less time to roll the joint, while also making sure that it’s as well put-together as possible. With that it mind, it means that you’ll have the best smoking experience possible with a minimal amount of effort.

The majority of people know what a joint and a bong are, although they might not realize that these aren’t the only ways that you can enjoy the weed, as we illustrated above with the vaporizer. However, you’ll also be able to make cigar-like blunts that can offer a much more satisfying experience when you’re smoking it, although you’ll need a blunt wrap to do so. In many cases, these will be made out of tobacco leaves, and you can often choose which kinds of wraps to use when you’re making it.

This means that you’ll be able to find different tastes and aromas, giving you somewhat more leeway when it comes to the overall experience. With that in mind, you’ll be able to experiment with a variety of different blunt wraps to figure out which ones you prefer. In most cases, this blunt wrap will be made out of a single tobacco leaf, although it can sometimes be made up of several of them.

A dugout is a box, typically made of wood, that’s broken up into two pieces, with one part holding a one-hitter pipe and the other holding the marijuana. In the majority of cases, the dugout is relatively small and can be carried around discreetly, which will let you hide the pipe and weed whenever you need to. This discreetness also applies to the smell of the cannabis before and after you smoke it, which can be a significant advantage if you don’t want it affecting your overall home or anywhere else that you smoke.

These can vary significantly in price, depending on how sophisticated the design is, as well as a few other factors. While a dugout is more commonly made out of wood, it’s become increasingly popular for it to be made from ceramic and stone, which can also be a factor in its price.

Naturally, you’ll also need to have the likes of an ashtray, rolling tray, and a few other smoking accessories to ensure that you don’t make a mess when you’re smoking. It’s also been noted that a few spare lighters are one of the major things pot smokers should have, as it means that you’re less likely to run out of them when you’re in the middle of a smoking session. You might also want a few high-quality cleaners and brushes, especially if you’re using a bong or a pipe, as keeping the both of these clean can be vital when it comes to enjoying the marijuana.

You should ensure that both of these are of a high-quality, as some of the lower quality ones might contain toxins or chemicals that you wouldn’t want to inhale in your next smoking session. Combined with each of the above, you’ll be able to have an enjoyable experience without having to worry about running out of anything. Naturally, there are quite a significant number of smoking accessories to chose from; by ensuring that you have most of the above, however, you’ll be able to make sure that you’re set for a great smoking experience.