Mona Scott was one of the first people to line up at a marijuana store in Nova Scotia on the first day of recreational legalization, eager to get her hands on a type of non-impairing cannabis extract after hearing about its medicinal benefits.

But she quickly discovered there was no CBD oil in stock that day in October, nor have there been any bottles in the 10 times since that she’s visited the Nova Scotia Liquor Corp. store in Truro, N.S.

«The last time I went in was about the first week of December when the guy walked over to me and said, ‘We don’t have any and we’re not going to have any for six months,'» said Scott, who sought out the oil to treat her anxiety.

Pure CBD oil doesn’t make the user high because it does not contain THC, or tetrahydrocannabinol. While research on the benefits of CBD oil has been limited, it has surged in popularity as a treatment for medical issues including pain, seizures and nausea.

Scott is one of a long list of Nova Scotians who have caused a huge surge in demand for the product, something one licensed producer said has caught them completely off guard.

«The popularity of CBD oil and CBD in general has far exceeded our expectations,» said Ray Gracewood, chief commercial officer of OrganiGram, a licensed producer based in Moncton, N.B.

«To this point, CBD oil is the biggest surprise from an adult recreational perspective, and has got the potential to be a huge product within that channel.»

So far, OrganiGram is the only company that has been able to provide any supply to the NSLC, said a spokesperson from the Crown corporation.

«We currently have products containing up to 20 per cent CBD but not the pure CBD oil,» said Beverley Ware. «Every province is in the same situation.»

At this point, no producers have even given them a timeframe for when it may be available for purchase. 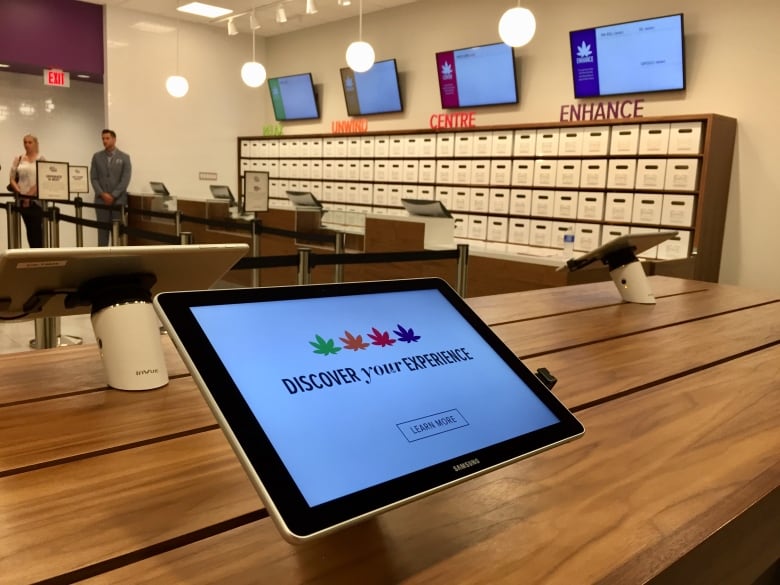 The NSLC said no producers have been able to give them a timeframe for when pure CBD oil will be back in stock.

Gracewood said OrganiGram has been reserving its supply for its medical patients, who have not experienced a shortage in their medicine.

The company is now shifting its production to try to fill the gap for retail stores. Gracewood said they have orders from one end of the country to the other.

«It represents almost half of our business now,» he said. He said because no producer has been able to make enough oil to fill the demand, the company is still relying on estimates as to how much they need to produce.

«The reality of the production environment is that cannabis takes a certain amount of time to grow within our facility and therefore it takes us some time to adapt to changes within forecasting.»

The demand in oil also has OrganiGram pushing to create new partnerships with hemp farms, as CBD can derive from both cannabis and hemp.

«This entire industry is completely new and there’s no way that anybody could have forecasted all the variables, whether it’s the attractiveness of CBD oil, or the demand for pre-rolls or the balance between dried flower and cannabis oil,» Gracewood said.

OrganiGram is facing a class-action lawsuit over cannabis that was tainted with unapproved pesticides in 2016. Gracewood wouldn’t comment on whether the case was affecting their production.

In the meantime, Scott has started advocating to change marijuana laws. She started to order pure CBD oil from the United States. While she received the first few bottles, other orders have since been seized at the border.

She said if Canadian producers can’t fill the void, she should be able to order from other countries.

«For Canada to open up with legalization and to no have it to offer people, I was quite shocked by that.»