Malaysia can be the world’s biggest marijuana producer. Here’s how.

While Thailand recently became the first in Southeast Asia to legalize medical marijuana, its neighbor Malaysia is still mulling.

Now Jeram assemblyman Mohd Shaid Rosli is trying his best to make his fellow politicians realize the money making capabilities of the herb.

Despite laughter, the lawmaker has proposed that parts of the Kuala Selangor constituency be turned into an agricultural hub to cultivate and research the marijuana plant for medical purposes. Marijuana can be a booming business should governments decriminalize the plant.

“If Selangor can produce (ganja) across more than 100 acres, we will be the world’s biggest (ganja) producer. This can put Selangor on the world map and make us famous,” Mohd Shaid says.

Currently, there’s a local company that has planted the herb for medical research and export purposes by collaborating with the National Poison Centre Director, Professor Mohamed Isa Abd Majid. Marijuana has been used as alternative medicine by some to treat chronic illnesses.

The Parti Pribumi Bersatu Malaysia lawmaker adds that since Malaysia’s Health Minister Dzulkefly Ahmad is the member of parliament for the Kuala Selangor constituency, the opportunity is for the taking.

Yet, there were some who were against the proposal. Ijok assemblyman Dr Idris Ahmad is one of them who warned the lawmakers that regulating the herb would be a challenge.

“Historically, ganja was used as a medicine but it has been abused, just like opium and morphine. These are dangerous drugs that must be controlled. Even simple medication classified by the Health Ministry is difficult to control. 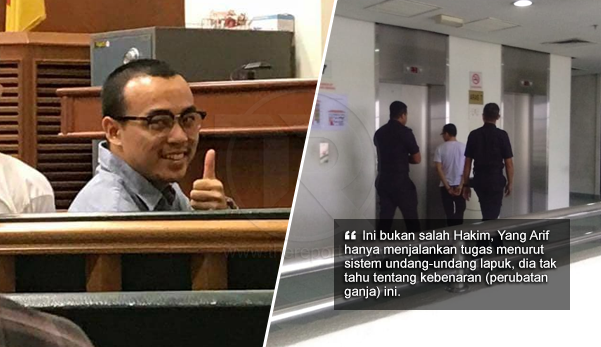 Recently, talks to make medical marijuana legal have been discussed in the open – a positive sign nonetheless despite the conservative stance by many against the herb.

In fact, the plant was one of the catalyst which led Malaysia to abolish its death penalty five months ago following uproar over the death sentence of a man found guilty for selling cannabis oil for medical purpose.

Yet, the question still remains: Should the plant be legalized for medical purposes?