Thailand’s decision to legalise marijuana for medical purposes has raised concerns over deliberate exploitation of the new law and warnings to the public not to forget that general use of the drug is still very much illegal.

Last Tuesday, Thailand’s National Legislative Assembly passed a bill allowing the use of cannabis and kratom, a local plant with opioid properties native to Southeast Asia. It grants use for several purposes, including patient treatment, growing for export and sale, research and other science and industry activities.

The changes, which are pending royal approval and expected to take effect next year, allow registered patients to possess certain amounts of cannabis if they have a prescription or certificate from a doctor, dentist, traditional or alternative Thai medicine practitioner. 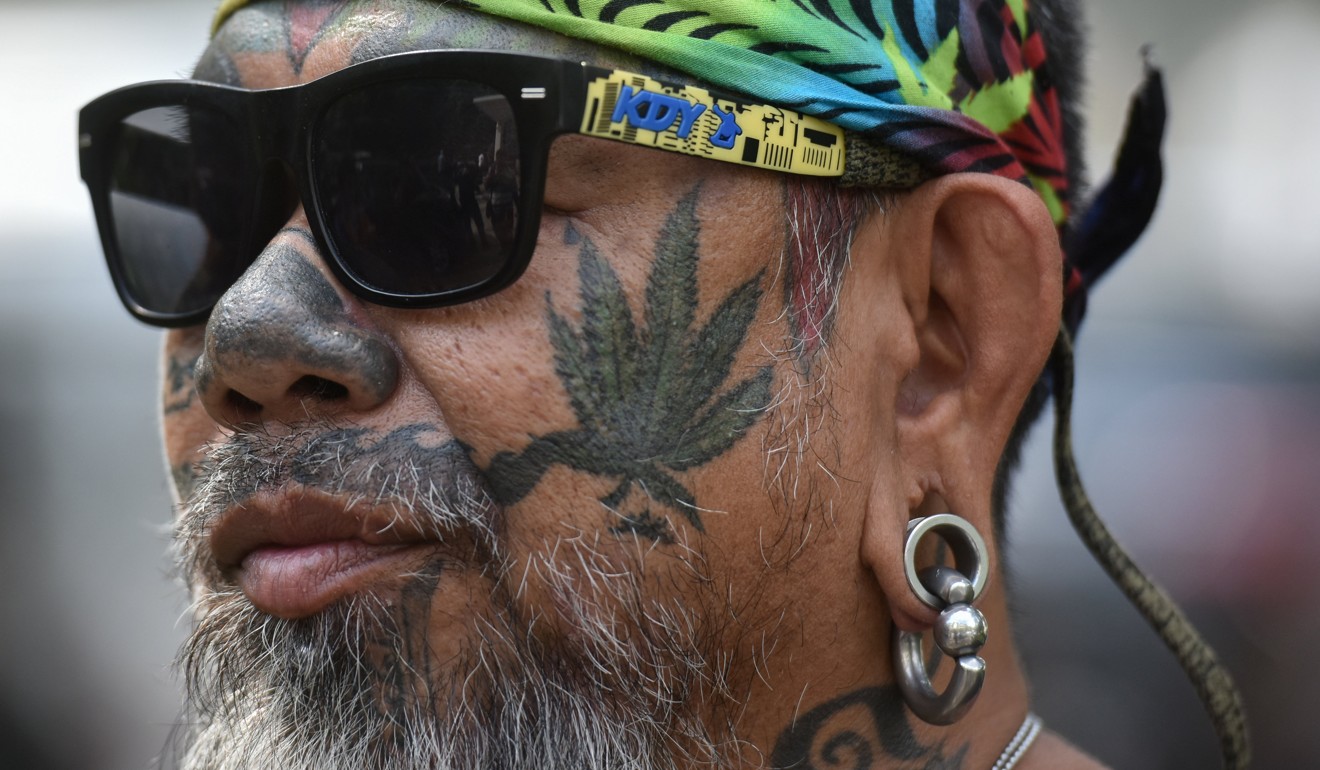 A Thai activist with a marijuana tattoo on his face gathers with others during a campaign for the legalisation of medical marijuana near Government House in Bangkok.

Those professionals will need to be licensed by the Food and Drug Administration. And all licences – including those for production, import, export and sale of the plant – will be regulated by a government committee.

But further information on the requirements to obtain these licences remain unclear, said Niyada Kiatying-Angsulee, manager of the Drug System Monitoring and Development Centre.

“The law does not give details on this … and it does not mention the diseases [that cannabis can be prescribed for]”, she said.

Niyada said such an opaque legislative framework risks paving the way for a “black market” for medical marijuana prescriptions.

“I support the registration to make sure that there is at least some control on the use and potential harms of the medicine,” she said.

The new law is a modification of the 1979 Narcotic Drugs Act, which still categorises cannabis as a class-5 narcotic, bans general use and carries prison sentences for breaches of the law. But before Thailand banned marijuana in the 1930s, the plant was widely used for some 300 years in medicine and food.

Even with the latest development, the road back to full-scale legalisation of marijuana in Thailand is still long, according to Chokwan Kitty Chopaka, spokeswoman for Highland Network, a cannabis legalisation advocacy group.

“It will take time and this is the first step of the many steps we have to take,” she said.

Chokwan said a fall in rice, sugar and rubber crop prices may have influenced the government’s decision to legalise cannabis for medical use, as it seeks to cash in on a rapidly growing industry that is forecast to reach US$146 billion globally by 2025. Canada and California recently legalised the drug for recreational use, while other countries and regions in the world are considering a similar move.

“There is always a high on cannabis because it is a multibillion [dollar] industry,” Chokwan said.

“We’ve run out of cash crops … Thailand has always been a very agricultural country and we need a crop that we can make money [out of],” she said, adding that the legalisation will also help boost the medical tourism industry, a key sector that is being pushed by the government. 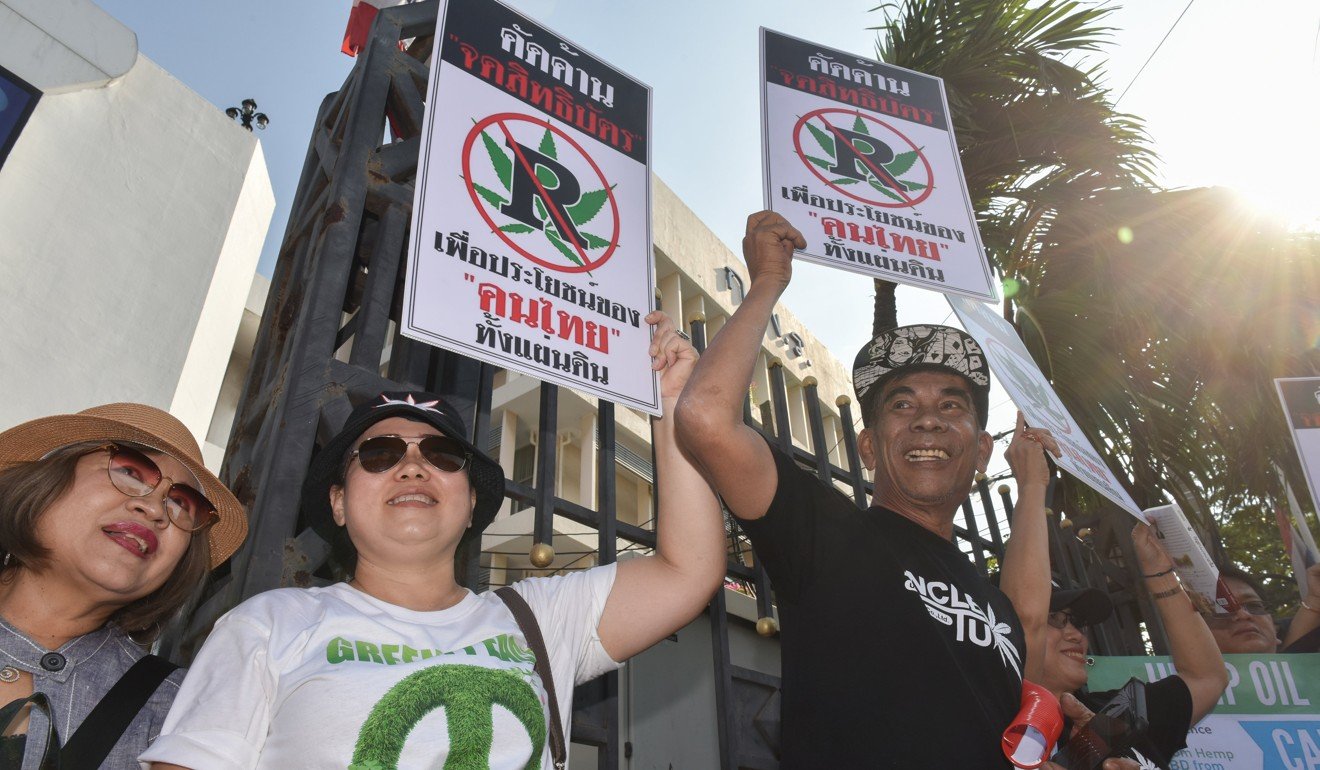 Thai activists hold placards as they gather during an earlier campaign for the legalisation of medical marijuana near Government House in Bangkok.

But with a new industry comes new complications. A number of recent patent applications in Thailand, submitted by foreign firms and claiming rights to the extracts of some cannabis plants, has raised concerns among agriculture experts.

“The benefits would go to the big companies [if they] get the patent,” he said, adding that it would not be consistent with Thailand’s laws, which do not recognise intellectual property on plant extracts.

“It will [discourage] people like farmers or traditional medicine practitioners from using cannabis and developing their [medicinal] recipes,” he said. “There will be a loss of culture.”

Witoon said enforcing such patents on plant extracts would also cripple scientific research and innovation before the industry even has a chance to get off the ground in Thailand.

“Once they file [a patent] application, even if the patent has not been granted yet, others will have to stop the use of that substance.” 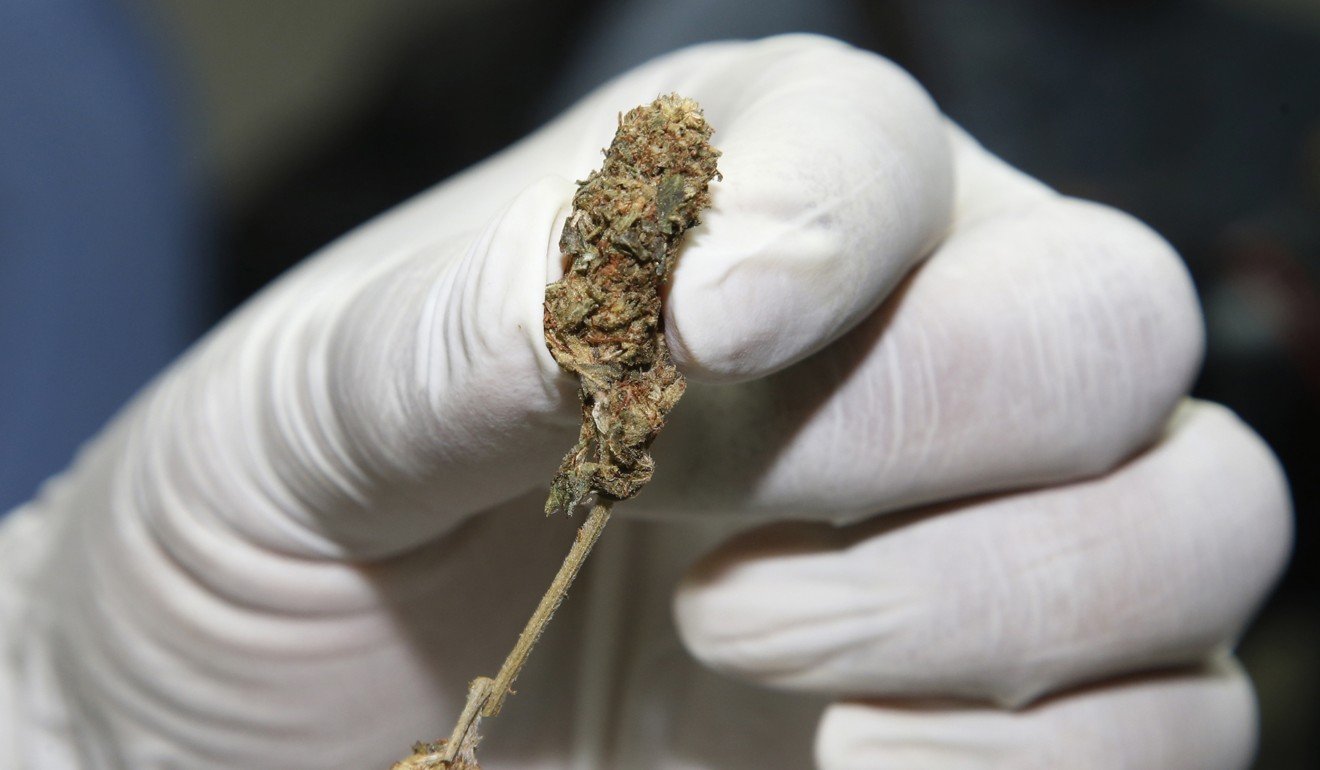 “There is a lot of misconception out there that people are thinking that it is legal now, I can cultivate, I can make money. But it is still very illegal for you to grow it yourself if you do not have a licence,” she said.

But, she added, allowing people to grow the plant at home may actually help those who are not able to afford cannabis-based medicines.

“The ones that are in need of it most will probably be almost unable to reach it,” she said.