Briton arrested for ‘tiny’ amount of cannabis oil in Bali

A British man who could face the death penalty after he was arrested in Bali for allegedly smuggling cannabis oil has admitted he has been «very stupid».

Pip Holmes, understood to be a 45-year-old artist from Cornwall, was one of five foreigners paraded at a news conference in Denpasar, the capital of Bali province last week.

The father-of-two is accused of receiving nearly 31kg of cannabis oil in the mail.

Mr Holmes, who describes himself as an artist and surfer, claims he was caught with just a tiny amount – around 3g – of medicinal THC oil.

He says he uses it to treat arthritis. 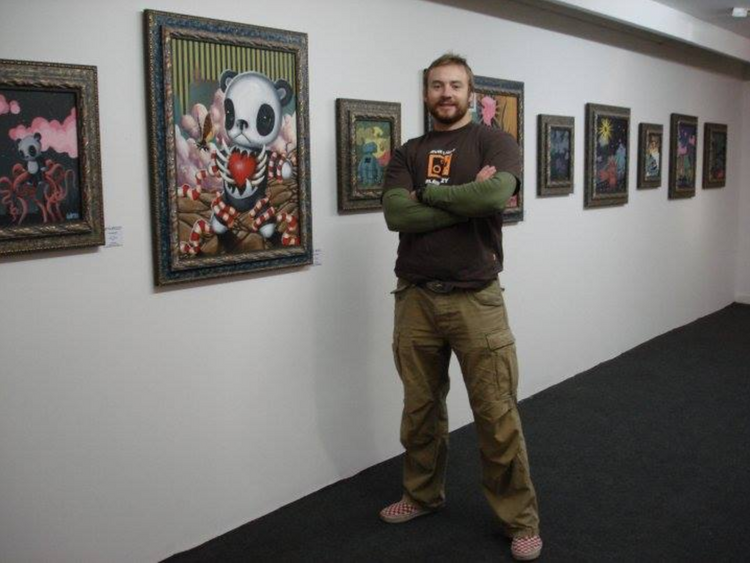 Mr Holmes could face the death penalty if convicted.

His family say he could face a jail term of between five and 15 years but hope he can instead serve a short spell in a rehabilitation centre before being deported to the UK.

Indonesian police said he could be sentenced to death if he is convicted.

Mr Holmes has said through a message on the crowdfunding site that he has already been moved from a cramped police cell to a rehab centre.

He said: «For the last few days, each morning I have woken up in a terrible nightmare.

«I still can’t believe that I’m here and I feel sick with fear.

«As it stands, I don’t know if I’m about to spend a few months in a rehabilitation or if I’m about to face five to 15 years in Kerobokan – one of the toughest prisons on Earth.»

Mr Holmes said he had been in Bali for two months before his arrest on 3 December.

He continued: «It all went terribly wrong when I was arrested for possession of a tiny amount of THC oil.

«I am guilty under Indonesian law of possession of narcotics, there’s no denying that.

«Even though medicinal THC is something so widely accepted elsewhere and it was such a small amount, I foolishly crossed the line in a very strict country.

«The only way now to ensure my sentence is something I will survive is to invest in the right legal representation and rehabilitation.»

Doctors have been able to prescribe medicinal cannabis products to patients in the UK since 1 November 1 after the drug was rescheduled.

But Indonesia has strict drug laws and dozens of convicted smugglers are on death row.

British woman Lindsay Sandiford, from Cheltenham, was convicted of drug-smuggling offences and sentenced to death in 2013.

A Foreign and Commonwealth Office spokesman said: «Our staff are assisting a British man following his arrest in Bali, and are in contact with his family, lawyer and the Indonesian authorities.»